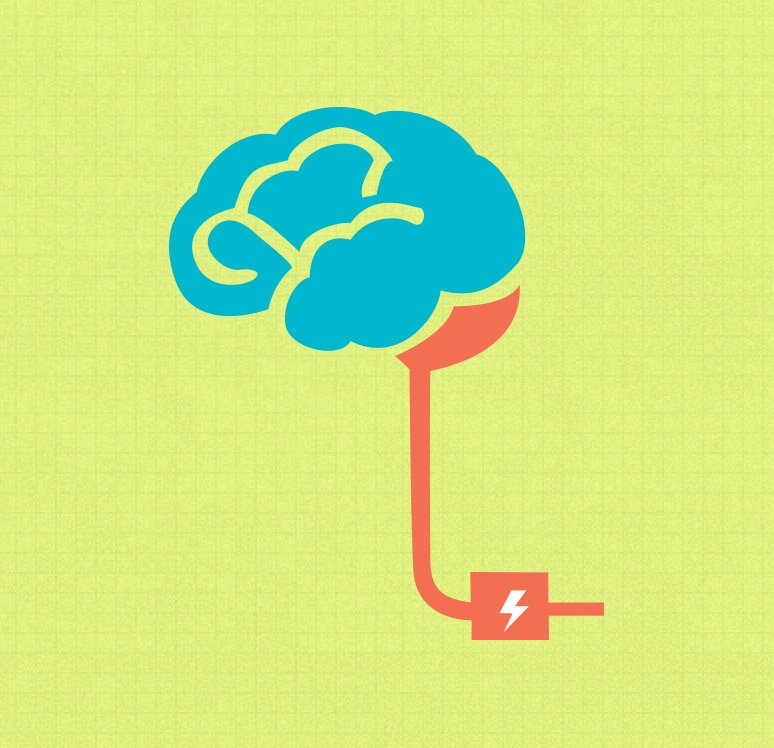 The human brain is one of the most powerful instruments in the world (simulating a single second of human brain activity would require almost 83,000 processors). We have the ingenuity to build civilizations, feed billions of people and form organized societies governed by a common set of laws.

In spite of its cleverness, our brain (being oh-so-human) has many foibles. One such flaw is our tendency toward cognitive biases, in which our perception of a situation (rather than the facts behind it) shapes our daily decisions. The effects of these subconscious blinders can be seen throughout the professional and corporate world, in employee relationships, strategic decisions and catastrophic business blunders.

Let’s take a look at some of the most common and influential cognitive biases in our workplace environment (and how you can reduce their effects):

Confirmation bias is perhaps the most ubiquitous offender, and it afflicts pretty much everybody. Confirmation bias is simply the tendency to favor your own hypothesis and selectively seek, remember and point to information that supports your own belief. This can reveal itself in a number of ways, including belief polarization (when two parties see the same evidence but become even more extreme in their beliefs) and irrational primacy (a fixation on information discovered early in a series of events).

Irrational primacy can be particularly common amongst new startup founders or project leaders, who of course need to believe in their idea in order to see it through. The danger comes when they focus on an initial shred of evidence, a personal belief or some early market analysis to build their idea, then are unwilling to deviate from their original plan in spite of new evidence or criticism. Even more worrisome, it turns out that skilled skeptics who are more knowledgeable about potential flaws in logic will apply their reasoning skills selectively, and therefore will be even slower to change their minds than unskilled reasoners.

Confirmation bias is a natural result of our inclination to better understand the world around us by being curious, making hypotheses and supporting our ideas with evidence; however, this fixation on finding a singular explanation can sometimes lead to myopia. You can reduce confirmation bias by being aware of its existence (now you know!) and consistently encouraging criticism and new ideas.

Never be afraid to seek feedback on your work or your ideas. Don’t just ask, “How did I do?” since this will inevitably lead to a simplified answer (e.g. “You did great!”). Instead, push your superiors and colleagues to provide you with constructive feedback by asking something like, “What do you think I could have done differently to make this even better?” For more tips, read abouthow Warren Buffett tackles confirmation bias.

The bandwagon effect is a classic human bias that stands as both a boon and a barrier to business growth. It essentially states that the more people do or believe something, the likelier others are to join them, in spite of any contrary evidence.

It’s easy for creative, independent and educated people to dismiss the power of the bandwagon effect as something that only affects other people (in fact, this is a bias in itself, called the “bias blind spot”). However, studies show that, in the right circumstances, as much as 75% of people will give answers that they know are false, simply because others around them have given the same incorrect answer (whereas less than 1% would answer incorrectly otherwise).

The power of the bandwagon effect can be seen in successful marketing campaigns: once a certain number of consumers have started using your product, people are likelier to hop on the bandwagon and purchase it as well—even if it’s overpriced or isn’t as good as a competitor’s product.

The challenges come when employees are unwilling or unable to speak out about inefficiencies or even illicit activities (hence the scarcity of corporate whistle-blowers). Because this focus on traditional business hierarchy and methodology has the potential to stunt creativity, many modern businesses are adapting their cultures to encourage ingenuity and discourse.

An increasing number of companies are looking to hire individuals with critical-thinking skills, and the inclination to speak out when they have new ideas. However, the notion that everyone should have their own opinion and get a say in the direction of a business can also be a form of groupthink; in reality, not all businesses will benefit from insight and criticism from every single member of the team, and having a clear chain of command is sometimes more effective for an organization’s desired goals (consider, for example, the military). The key is to look for a balance that empirically increases productivity, income, customer happiness and employee satisfaction within your unique organization, rather than accepting that there is a single best way achieve these ends.

You may be tired of hearing people tell you to “be positive,” but they might be onto something. Studies show that people are more likely to be affected by negative memories and feelings than pleasant ones, and this tendency leads to a huge negativity bias. Even at a neural level, people experience significantly greater activity in their cerebral cortex in reaction to negative stimuli than positive stimuli.

The media stands as a perfect example of our intrinsic obsession with negativity; news of devastation and tragedy are played on loop because people pay attention to bad news and give it more weight.

A study conducted by Harvard Professor Teresa Amabile had over 200 professionals from various industries to keep diaries for several months in which they recalled something that stood out from their day. After reviewing over 12,000 entries, she found that setbacks affected workers’ happiness twice as much as a step forward on a meaningful project. While progress helped to decrease frustration, setbacks increased frustration at a three timesmore powerful rate, meaning that professional setbacks affect you much more deeply than progress does, and you are therefore likely to remember and alter your decisions in the future based on this perceptual bias.

While the negativity bias makes sense in an evolutionary context (our desire for survival, fear of pain, etc.), today it can lead to unnecessary risk aversion in environments where people should be taking more risks, particularly in a business setting. Remember, if you are considering undertaking an endeavor that your research indicates is viable but your brain is afraid to move forward with, your fear of failure may be overshadowing your focus on the potential upside due to a cognitive bias, not because your fear is logical. Most great businesses and leaders were born from a life of risk-taking and failure.

No matter how imaginative we are, it’s very difficult for us to see past the original or obvious use of things.

A classic demonstration of this cognitive challenge is the candle experiment, where people were given a box of thumbtacks, matches and a candle, and were asked to affix the candle on the wall to prevent wax from dripping on the table beneath it. While some subjects attempted very inventive solutions, most of them did not recognize that they could use the tacks to hold the box against the wall and then place the candle within the box. Once the tacks were removed from the box, however, people had an easier time seeing it as a potential holder for the candle.

Why was it so hard for people to see the box as a potential solution, rather than simply a container that held the thumbtacks? The fact is, this limitation is cross-cultural and is not necessarily an indicator of a lack of creativity (a lot of subjects came up with very creative solutions, they just didn’t leverage the box). Functional fixedness reflects our brain’s attempt to understand the purpose of the resources around us through categorization.

Don’t be afraid to consider unusual ways you could use the resources already at your disposal. Consider Sara Blakely, who made millions by simply cutting the feet off her control-top pantyhose and creating an entirely new product called Spanx: same object, but different use.

Finally, the projection bias describes our tendency to assume that other people think like us. The average person assumes that their way of thinking about things is typical of most people, and therefore other normal people will come to the same conclusion as them. Or at the very least, people overestimate the normality of their beliefs in relation to others.

This assumption can be detrimental for a business that is trying to understand its customers, or a manager who is trying to better relate to his or her subordinates. It is unlikely that other people harbor similar priorities and attitudes to yours, and yet we tend to jump to the conclusion that we “know what people really want.”

The projection bias doesn’t only apply to other people, either; it also applies to our estimations of ourselves. Studies show that we believe many of our views will stay constant in the future, when in fact this is very statistically improbable. This applies to both the long-term and the short-term attitudes.

For example, Bob may have gained a couple pounds and decided to eat healthier, but when his co-worker brings donuts to work he might still have one—people tend to experience an empathy gap between our current and future selves, and fail to reconcile the motivations between the two. Considering that, how can you assume that you understand the basic motivations of an entirely different person?

A Few Thoughts on Your Thoughts

This article isn’t meant to point out what you’re doing wrong, but to help you understand how your brain really functions. Cognitive biases are an inseparable part of us, and will continue to shape our decisions in the future.

Many of these tendencies are unconscious, and are rooted in what were once instincts that optimized our survival and social interactions. In the modern workplace, however, cognitive biases can unintentionally blind us to the realities of what our customers, our employees, our clients, our investors and our co-workers really want. True business ingenuity depends on a rational, birds-eye view of human motivation, a perspective that simultaneously understands and taps into the roots of our desires and leverages them to find solutions others are too blinded by their own biases to see.