Mac or PC: Which is best for your small business? 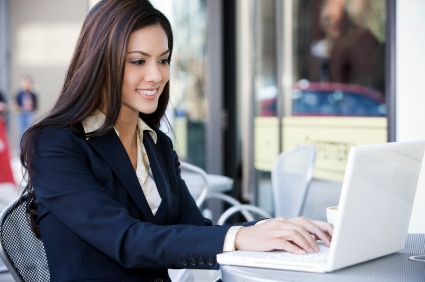 You have probably discovered by now that as a small business owner, you’re faced with dozens of decisions every day that will impact your company. Some of these decisions, like determining your budget or hiring employees, are large-scale and expected.

On the other hand, there are numerous smaller, more minute choices that you didn’t realize you were going to have to make. One example? Choosing between a Mac or PC. You may not have given much thought to which hardware and software your business should use, but it’s a choice that could have wide-spread implications for your company.

In this article, we’ll help you weigh the pros and cons of a Mac vs. PC for business. We’ll cover the features of each so that you have a clear understanding of what the two have to offer. This article should help make the Mac or PC decision much easier for your business.

Mac or PC: The basics

Before we dive too deeply into the technical specs and benefits of Macs and PCs, let’s look at a clear outline of what the two products are.

Macs, short for Macintosh, are computers produced by Apple. Apple has produced these computers since 1984. The Microsoft Windows operating system came one year later.

While Macs never quite did so, they remain a very popular option. About 10% of people globally use macOS, the operating system for Mac computers. However, these numbers are a bit disproportionate, as usage in the United States is higher than it is globally.

macOS interacts seamlessly with iOS, the software on Apple’s phones and tablets. So, for instance, if you are a Mac user who uses an iPhone, iPad and Mac, things like your photos, texts and calendar sync effortlessly between the devices. Apple products that run this software include:

The PC, on the other hand, runs on Microsoft Windows software. A PC stands for “personal computer” and, in that sense, refers specifically to the hardware of the device. It’s possible to run two other types of software on a PC — Linux, an open-source operating system used primarily by gamers and techies, or Google Chrome OS, which runs Android-based software.

PCs that run Windows account for more than 87% of the global market share, so we’re going to focus much of our review on that. The Linux operating system accounts for around 2% of the market, while Chrome owns less than .5%. So know that while these are certainly options, your likely choice is going to be between a Mac and a Windows PC.

Windows PCs are unique because you have much more flexibility in the hardware. For instance, Dell, Sony, Acer and Lenovo all run Windows. Microsoft does produce devices, like the Surface Pro, but its operating system is not exclusive to its products.

This is a stark contrast from the macOS, which only runs on Apple computers. Apple allows you to “Bootcamp” its machines so that you can run Windows 10 on it. But. you cannot run macOS X on anything other than Apple computers.

Why a Mac may be best for you

Now that we’ve outlined a few of the basic and fundamental differences between Macs and PCs, let’s get into the nitty-gritty to determine which is the better option for you. First up, we’ll highlight five reasons to choose a Mac.

1. You already use Apple products

If you already use Apple products, the decision to pick up a new Macbook should be easy. As we mentioned, there is seamless integration between macOS and iOS devices. This is thanks to a feature called Handoff.

Let’s say you’re in a meeting and write a note on your iPhone. When you open your Mac back in the office, the note will be there automatically. There’s nothing for you to send or share. Being a business owner can be stressful, but Handoff simplifies things tremendously.

2. There are plenty of Mac options available

One of the potential downsides of a Mac is that you can only use Apple hardware. However, Apple has worked to expand its product line, bringing options including the MacBook Pro, MacBook Air, iMac, Mac Pro (which is different from the MacBook Pro) and Mac mini. You should have no problem finding a model that fits your needs and price point.

3. You crave quality and sleek design

Mac’s computers are expensive, often significantly more so than their PC counterparts. However, Apple builds Macs with top-grade components. They all have an aluminum shell, which proves to be quite durable. Mac laptops are also sleek, thin, and portable.

About a decade ago, Mac also made the switch to Intel chips and graphics cards. This was one of the primary reasons why Mac was lagging behind PCs, but its a gap that Mac has closed in recent years.

4. You work in a creative field

Macs are the preferred computers of marketers, graphic designers, and those who routinely use photo or video editing features. Macs have an impressive Retina display and an array of apps designed specifically for creation and editing, such as iMovie.

Many of these apps are pre-installed and available out of the box. Many Mac users cite the device’s ease of use as one of the reasons they love the product.

Lastly, Apple has a particular “look” about it. Much of Apple’s success in the United States has been because of branding. Apple products are viewed as somewhat of a status symbol.

If you work in a techy or creative field, a Mac could demonstrate that you “belong.” Is this, in and of itself, a reason to buy a Mac? Probably not. But, it’s worth mentioning and could tip the scales in Mac’s favor.

Furthermore, if you ever have to work with another company in your field, they will likely run on Macs. You’ll be more familiar with the technology, which will prove beneficial when you need to use it for your industry.

You may have once heard that Macs are “virus-free.” For a while, this was the case, primarily because hackers had yet to figure out Mac OS. In recent years, this claim has become less and less valid. Macs are vulnerable to viruses and malware, just like PCs.

However, there is still a case to be made that Macs are more secure than PCs. Macs come with industry-standard antivirus software built into the device, designed specially to block and remove malware.

Why a PC may be best for you

Are you convinced that you need to buy a Mac for your business? Don’t be so sure. Consider some of the benefits that PCs can offer before you make your final decision.

1. You’ll have even more buying options

Although you may be able to find a Mac that fits your needs, you have significantly more buying options when choosing a PC. Many companies allow you to customize your computers as well. You can choose things like how much hard drive space (computer storage for files) you need, how much RAM (computer memory) you want, and the strength of the graphics card in the computer.

And, although Macs offer excellent specs, they’re not the end-all-be-all. For example, some Windows laptops operate as two-in-one tablets with touchscreens, offering you far more versatility on the go.

Additionally, you may find that PCs are easier to repair than Macs. It’s possible to fix a Mac by taking it to an Apple store or trying the repair on your own. But, if you decide to do it on your own, you may run into some difficulty depending on the part you’re trying to replace.

Apple solders some components, such as the RAM, to the motherboard. Unless you’re very tech-savvy, you’ll need a professional to make changes for you. However, most PC manufacturers don’t do this. You may find it easier to switch out parts in a PC than in a Mac, depending on what you need to replace.

2. You can save a ton of money

A single Mac can cost close to $1,000, with many options costing much more than that. However, you can find a Windows PC for a couple of hundred dollars. If you’re looking for a primary device that can perform simple tasks, there’s no need for you to consider breaking the bank for a Mac. Stick with the cheaper alternatives.

And because Windows runs on so many devices, you have more options when it comes to cost and warranty. Perhaps Dell or Acer is offering a sale one week, and you can get a good deal — you can compare different companies to find a model that fits your price range.

As a business owner, you may use things like flash drives, SD cards, or external hard drives. You may also use things like HDMI cables to hook up external monitors to your device. If you use a PC, you’ll find that you can connect all of these devices without a problem. These ports come standard in PCs.

Macs, on the other hand, are much more limited in what ports they have. They only have USB-C ports and Apple’s own Lightning port. If you wish to hook up standard devices, you’ll need to purchase an additional connector for your computer. This is not only expensive, it’s one more thing you’re going to have to carry around with you.

4. Office Suite is designed for Windows

You’ll find it’s much easier to collaborate and work with other companies if you operate on Windows and use Office Suite. Macs may be trendy, but not so much in the business world. In the business world, you’ll be in the slim majority.

Mac vs. PC for business: Which is best?

So, should you choose a Mac or PC? There’s no black and white answer. If you’re in a tech or creative field and don’t mind shelling out a bit of money for a device, then you may want to focus most of your attention on a Mac.

On the other hand, if you’re someone with a lot of employees who’s looking for high-quality devices you can customize without breaking the bank, you’ll want to look into PCs.

The good news? No matter which you choose, you can still run QuickBooks accounting software to keep your business’s finances in order.