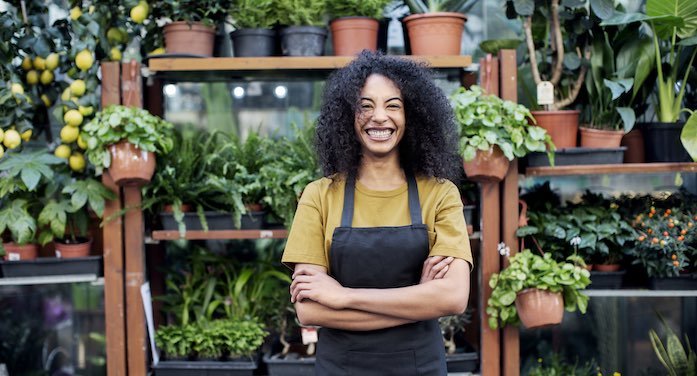 The numbers are looking good: The nation’s economy is strong, with Gross Domestic Product (GDP) up 2.2% in the fourth quarter of 2018, according to the most recent report from the Bureau of Economic Analysis.

Unemployment is low. How low? The most recent report from the Bureau of Labor Statistics puts it at a microscopic 3.8%.

The reason why? Small business.

In fact, according to the Small Business Association’s (SBA) September 2018 quarterly bulletin, small businesses created a whopping 6.8 million new jobs in the past five years—which is 2.7 million more jobs than those created by large corporations.

As we look ahead to National Small Business Week, let’s applaud and celebrate the hard work and economic boost of small business owners and entrepreneurs everywhere.

If you want to measure job satisfaction, look no farther than a small business owner. Here’s where they shine.

The American dream is not to be a cog in the machine of a huge company; no, it’s to start your own business—or to work in the dynamic atmosphere of a small business. In fact, small businesses employ 47.8% of all private sector employees and makeup 99.7% of all firms with paid employees.

They also accounted for 66% of net new jobs between 2000 and 2017; or put another way, small businesses create 2 out of 3 net new private-sector jobs.

And according to PwC research, 43% of small business workers reported feeling happy at work, compared to a measly 27% of those at large companies.

For some reason, people love to fixate on how many small businesses fail (20% in the first year), but neglect to flip those numbers around to show, conversely, how many thrive: And that’s 80%. (The most promising type of small business, according to the Bureau of Labor Statistics? Health care and social assistance, with a first-year survival rate of 85%.)

And an even more inspiring number? Small businesses comprise 99.9% of all firms in the United States. And they believe the future is bright: 84% were confident in the future of their business, according to the National Small Business Report.

Furthermore, the most recent National Federation of Independent Business (NFIB) Small Business Optimism Index increased to “a historically strong level [as] an indication that small businesses continue to power the economy.”

As a small business owner yourself, take a moment from your busy day to reflect and celebrate the contribution YOU make to the nation. Well done!