How to Manage a Negative Employee 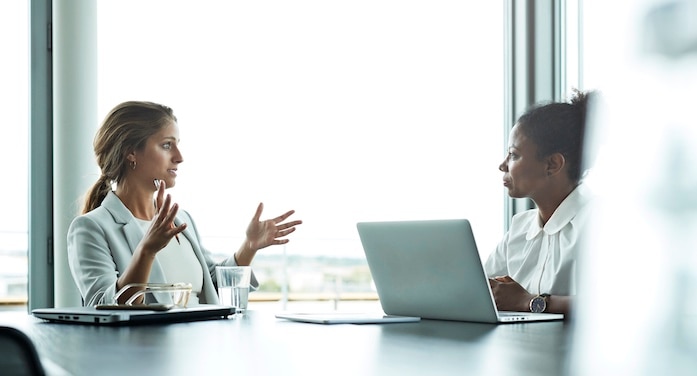 Did anyone you know instantly come to mind when you read the title of this article?

Every business seems to have at least one negative employee. This person finds flaws in the best of situations. He often believes that nobody works as hard or cares as much as he does. The highlight of his day is the lunch break, during which he recounts and analyzes all of the burdens you’ve put on him.

Of course, no one is happy all the time. Thinking that you’re going to find a team of people straight out of a Disney special is unrealistic. But if you have a staffer who casts a dark cloud over every workday, you need to take action.

Here are six strategies for managing a negative employee.

1. Don’t write off the negativity. It’s easy to dismiss negative behavior with remarks like “that’s just her personality.” But, as the boss, your failure to take action is likely affecting others on your team. Maybe the situation isn’t as bad as you think, but if it is, it’s hurting your company’s culture.

2. Reject excuses. Remind your employee that she controls her attitude and that complaining and fault-finding is a choice. However, follow the advice of Dale Carnegie Training, which stresses that leaders have to take a genuine interest in those around them: If the employee is coping with a personal matter that is affecting her professional attitude, be sympathetic without condoning the behavior.

3. Make the employee part of the solution. Best-selling leadership coach John Maxwell calls the negative employee on your team Critical Carl. He’s a good worker and can see the problems in the best-laid plans of others. He’s the reason you’ve avoided potentially disastrous mistakes, and he’s a valuable member of the team. But his propensity to criticize everything and everyone quickly becomes a weight on the shoulders of your company. Tell Carl that you’re interested in hearing his concerns, but that you want him to tell you rather than other employees.

4. Force positive behavior. When you talk with Critical Carl about his negative attitude, give him a goal: Tell him that if he has a problem with a plan, a person, or a situation, you would like to hear something positive he’s found as well. If he’s going to focus on the bad, make him consider the good, too. You can’t change how he thinks, but you can set standards about the language and tone he uses at work.

5. Develop an action plan. Establish a reasonable timeline for behavioral change and make a future date to discuss progress. Talk about what specific behaviors you need to see and which benchmarks will demonstrate that changes have taken place. Next, let the employee have some space to accomplish the goals the two of you have set.

6. Know when to say goodbye. When was the last time your words were so powerful that you changed somebody’s personality? “It’s a big mistake to try and fix a bad attitude,” says Tim Chen, CEO of NerdWallet. Work to resolve any problems causing the negativity, and if the bad attitude continues, let the employee go. You have gone the extra mile to create a compatible environment. “If addressing the source of [an employee’s] unhappiness doesn’t work, it’s especially important to jettison these people early, because each member’s cultural impact is heavily felt across a small organization.”

This article currently has 11 ratings with an average of 4.7 stars