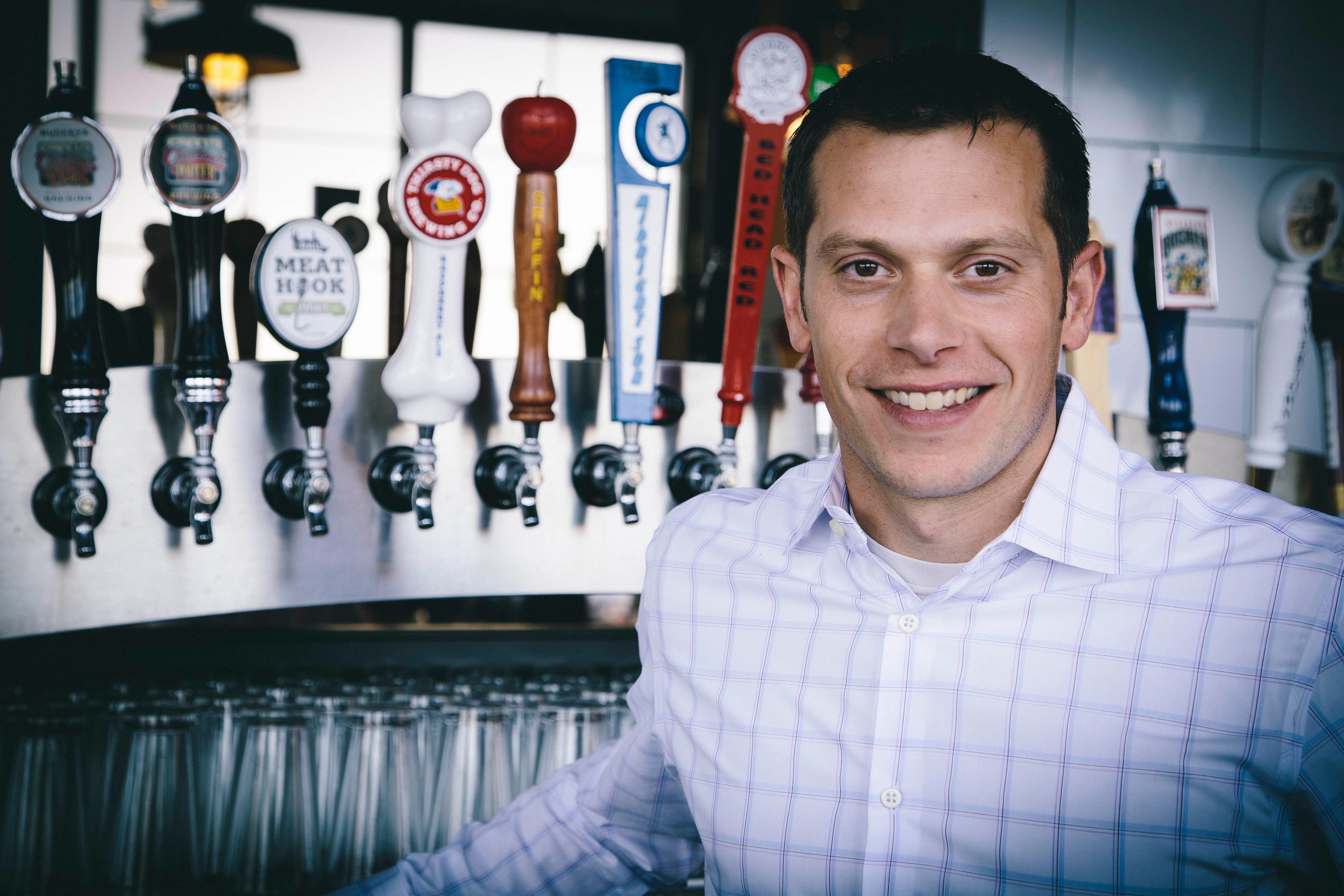 Drive around any large shopping district and you’re likely to see competing businesses within a stone’s throw of each other — sports bars, jewelry stores, coffee shops, and more.

So, why would any small-business owner want to pay higher rent at a mall?

“Having that traffic at a high-performing mall is very important to build the brand,” says Mike Mariola (pictured), whose three sit-down gourmet burger restaurants called The Rail are located at shopping centers in Ohio. “If there are a lot of competitors doing well, that means it’s a robust market,” he says.

The Rail, Mariola’s take on a family-friendly hangout featuring 100 percent locally sourced beef, seasonal craft brews, and “old-school” milkshakes, is designed to capitalize on a particular price point in a dense retail district.

But while there are profits to be had at a mall, Mariola makes no bones about the intricacies of negotiating a lease.

“The leases are very landlord-oriented,” Mariola says. “[The malls] have size and leverage.”

Mariola estimates that he pays up to 30 percent more to rent restaurant space inside a mall. But customers flock to The Rail’s Belden Village Mall shop in Canton.

As always, sound credit, credible net worth and a convincing business plan are essential, Silivanch says.

Silivanch and Mariola both recommend paying special attention to these key negotiating points:

A three- to five-year term for the initial lease is advisable, Silivanch says. “It takes roughly 12 to 18 months to brand, build a following, and cash-flow a new retail business if there is no national brand attached.”

Many malls provide new tenants with a build-out allowance during an initial rent-free period, but you need to make sure to request it, Silivanch says.

The mall will want to see the store’s design, says Mariola, but by the same token tenants should find out the exact condition of the space they’ll inherit.

For example, restaurants should insist on an exterior grease trap, an industry standard. “Those are big-money items” if the landlord doesn’t provide one, Mariola warns. Heating, ventilation, and air-conditioning equipment must also be in good condition or repaired by the mall prior to occupancy.

For their part, tenants must be careful not to damage adjacent retail space during build-out and must complete the job by deadline, Silivanch says.

“Not hitting your free rental end-period and going into a substantial overage where you’re paying rent and not open” must be avoided, he stresses, adding that a good contractor can work wonders.

A triple-net lease requiring the tenant to pay a percentage of the landlord’s property taxes and utility bills in addition to base rent remains the most common form of mall lease, Silivanch reports.

Given that, tenants should try to limit such miscellaneous costs as common-area maintenance, Mariola advises, either by limiting the physical areas included or by requesting copies of the landlord’s bills.

Also, if possible, utilities should be separately metered for the individual tenant rather than using a fixed square-footage charge that subsidizes larger, utility-intensive neighbors.

Leases should include a clause prohibiting the landlord from placing a competitor in the mall, and tenants should determine under what conditions a mall has the right to relocate the retailer and at what rent.

If a retailer vacates the space before the lease is up, the mall may require additional rent to be paid until a successor moves in. Tenants should know up-front how many extra payments may be required if they terminate early.

“Everything is negotiable,” says Silivanch. “It comes down to what the landlord’s return is on the lease.”

Properly negotiated, a lease for space in a shopping center can pay off handsomely, Mariola says.

After just six months, The Rail in Canton has “exceeded expectations,” to such an extent that Mariola is considering bringing his locally sourced version of comfort food to other malls in Ohio — and beyond.

This article currently has 6 ratings with an average of 2.2 stars