2014-08-28 00:00:00 2022-08-04 00:00:00 https://quickbooks.intuit.com/r/inventory/out-of-stock-problems-and-solutions-walmart-nike-bestbuy-case-studies/ inventory english Managing inventory can be a tricky task. Even the best can get it wrong - here are three examples of inventory management stockout problems and lessons we can learn. https://quickbooks.intuit.com/oidam/intuit/sbseg/en_us/Blog/Images3-QBComm/qbcomm-out_of_stock_problem-walmart-nike-bestbuy.jpg https://https://quickbooks.intuit.com/r/inventory/out-of-stock-problems-and-solutions-walmart-nike-bestbuy-case-studies/ Inventory Management Stockouts | Case Studies
Explore Products
QuickBooks Blog
inventory

In December 2011, Best Buy issued a statement: “Due to overwhelming demand of hot product offerings on BestBuy.com during the November and December time period, we have encountered a situation that has affected redemption of some of our customers’ online orders. We are very sorry for the inconvenience this has caused, and we have notified the affected customers.”

Best Buy’s failure to manage its inventory was not only detrimental to sales, it also eroded the consumer trust that is central to any retailer’s success. With numerous articles with titles such as “How Best Buy Stole Christmas”, the negative publicity was overwhelming.

According to Lee Resources Inc consultancy company, 91% of unhappy customers will not willingly do business with a company they had a bad experience with again. The nature of online business means that customers can move their business over to Amazon with the mere click of a button - which many did after this fiasco.

Although Best Buy never released the details of what happened, it’s clear that information mismatch is to blame for Best Buy’s inability to deliver. Their solution of cancelling orders rather than delaying shipping seems to indicate that they oversold products that they didn’t have in stock. Hello stockout!

It’s unlikely though that Best Buy would intentionally set out to disappoint their customers. However, the inability to deliver in the busiest season of the year directly plays into the narrative already on the minds of many consumers - that Best Buy could no longer adapt to market conditions, and that it was on its way down.

The importance of a strong technological foundation cannot be overstated in the management of an online business.

Although we’ve previously written about Walmart’s successes, the retail giant has also faced its share of inventory management challenges.

With over 11,000 stores in 27 countries and an average of $32 billion in inventory, Walmart’s supply chain is an impressive logistical accomplishment. Nevertheless, Walmart’s out-of-stock problem has been making waves in the recent years, periodically highlighted by both financial analysts and news channels including Forbes and Bloomberg. So, what went wrong?

Analysts have attributed Walmart’s problems to mismanaged inventory. In fact, one of the most important metrics for retailers is inventory turns - or the rate at which a retailer will cycle through its entire inventory. The faster the turn, the lower the cost, as helpfully outlined by this inventory holding cost barometer infographic.

Walmart’s logistics are calculated down to incredible precision, from automatic resupply orders from Walmart’s global head office to delivery trucks programmed to take the most efficient routes. Despite the meticulous detail that went into optimizing Walmart’s processes from top down, many shoppers were still not getting the experience that they expected from the retail giant.

A customer interviewed by Bloomberg quite succinctly describes the problem: “If it’s not on the shelf, I can’t buy it.”

Walmart claims 90% to 95% in-stock level. Although this figure seems impressive, especially when taking into account the enormous size of its operations, it also means that the company could be foregoing $1.29 billion to $2.58 billion in potential sales (calculated as 5-10% of its inventory level of $25.8 billion on its 2012 annual report).

In fact, actual losses could be substantially greater - customers are much less likely to return to a store that continuously fails to restock products that they want.

Retail is a fiercely competitive industry, and with players such as Amazon gaining traction, mismanagement of inventory could make or break a business virtually overnight.

Walmart is famed for its extremely lean and technologically advanced supply chain, which makes the problem even more puzzling for onlookers. According to insiders, there were many cases where stock was available in storage, but due to shortage of staff, it got delayed for moving out to the shop floor.

Customers gradually stopped shopping at Walmart because of bad service and empty shelves, and management worsened the problem by further cutting back staff to save in costs. Hence, a vicious cycle.

In this case, Walmart failed because they didn’t anticipate and forecast the effect that their out-of-stock inventory level would have on the customer experience.

In fact, a recent academic paper published by the Kenan-Flagler Business School suggests that a company’s inventory management practices, good or bad, can predict the one-year ahead earnings for retailers.

Even for giants like Walmart, inventory management remains the core of their business. 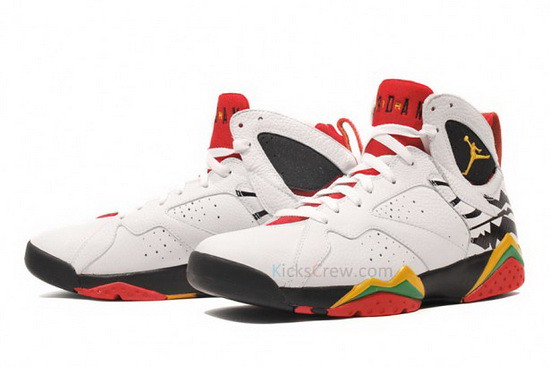 Inadequate demand forecasting is one of the biggest challenges merchants today are facing.

Nike’s supply chain software implementation failure in 2001 is a cautionary tale for companies looking to implement complex systems without having the right resources in place. Nike installed its demand-planning software without sufficient testing, a necessary step for a company with such global and complex operations.

The result was excess stock of low selling shoes and not enough stock of the popular Air Jordans. According to a Nike press release, the mismatch directly resulted in a loss in sales of $100 million.

Unlike the previous two examples, Nike’s failure was a direct result of doing too much, too quickly.

Technology can be transformational to a business when executed correctly. However, there is a tendency for businesses to misuse technology, and to cut costs without consideration for the potential effect it can have on business processes.

What should you take away from these 3 case studies?

The mistakes that Best Buy, Walmart, and Nike made can all be attributed to misuse of technology in the supply chain, leading to out-of-stock sales and disappointed customers.

Having the right inventory management software can make all the difference. An online inventory management software that accounts for all of your business operations can help prevent out-of-stock sales, no matter the number of sales channels used. Furthermore, demand forecasting can help your business restock in time by helping you calculate reorder point levels and alerting you when it’s time to contact your suppliers to ship in some more stock.

If you are convinced of the importance of such a system for your business, you might want to start your search for the best inventory management software by learning more about TradeGecko.

How can TradeGecko help your business avoid out-of-stock situations?

TradeGecko connects all your sales channels and eliminates problems associated with human errors. You will have real time data about your stock on hand (even for multiple locations), committed stock and incoming stock. By connecting it to your eCommerce channels, it removes the possibility of accidentally selling the same item twice.

How can TradeGecko help your business with demand forecasting?

TradeGecko offers a free add-on for up to 10,000 SKUs through a partnership with Lokad. It forecasts demand based on orders history and automatically calculates reorder points for every product. You can also set reorder point alerts when stocks reach a certain level. This way, you can conduct your business without any worries, as the system will monitor everything and notify you when you need to send a new Purchase Order to your suppliers.

IKEA’s Inventory Management Strategy: How Does IKEA Do It?

Get the latest to your inbox

Looking for something else?

From big jobs to small tasks, we've got your business covered.

Firm of the Future

Get help with QuickBooks. Find articles, video tutorials, and more.