Two scientists sit in a lab, carefully pouring chemicals from one beaker to another. As they turn to check on a side experiment, they look over to a beaker containing a piece of rubber and realize that the rubber has...completely melted. “Any chance that was supposed to happen?” asks scientist number 1. “Nope.” Says scientist number 2. So...what next? 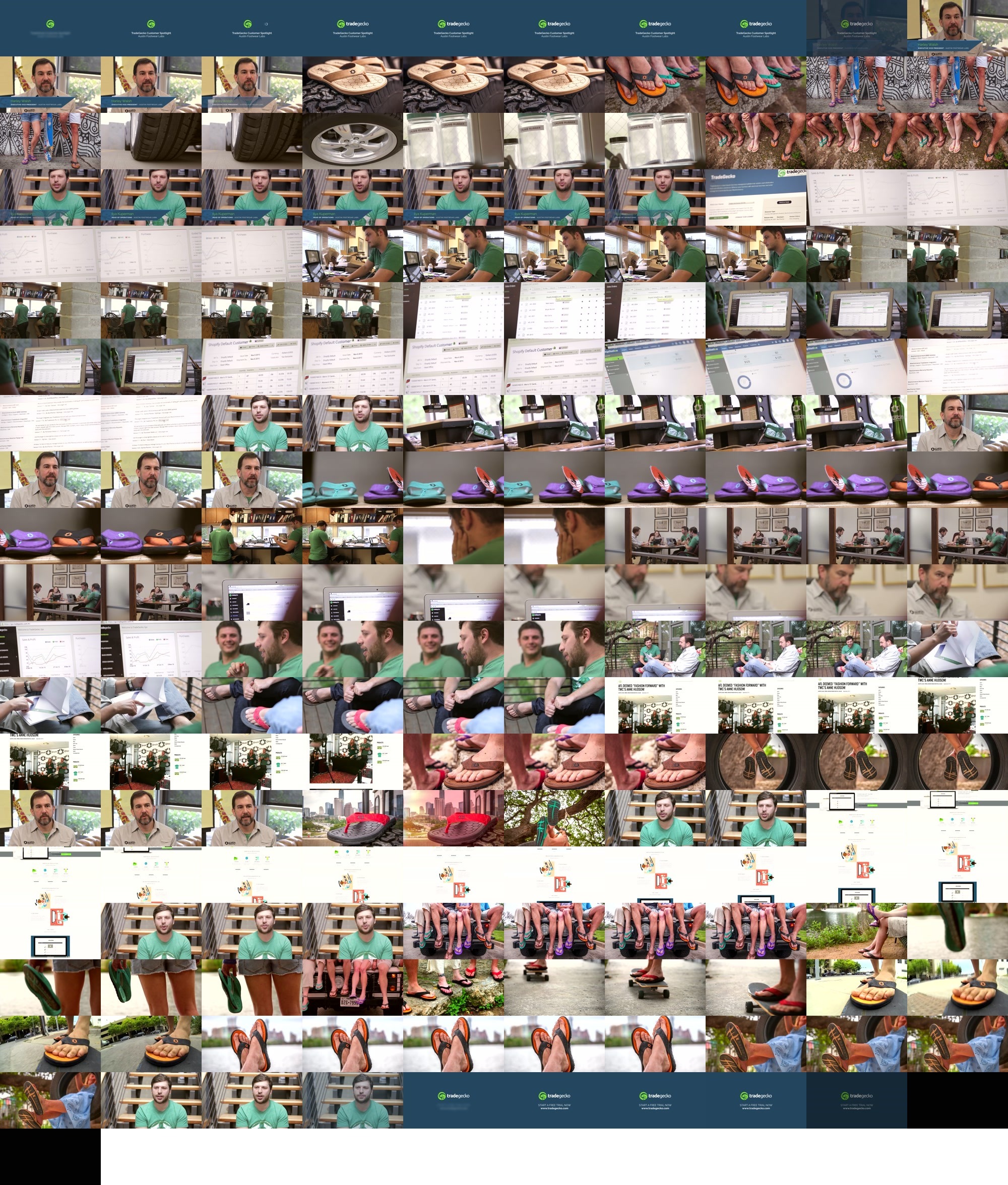 Lucky for the environment and even better for Tredagain formerly known as Austin Footwear Labs, those two scientists decided to do what all good scientists like to do: Try to make it happen again! And thus, these scientists set into motion a series of experiments that would eventually, among other things, lead to people being able to not only recycle their used tires, but to wear them on their feet!

Tredagain is based in Austin, Texas, USA, and developed Tredagain, a brand selling awesomely comfortable flip-flops made completely out of recycled material - rubber from used tires. Austin Footwear Labs launched about four years ago, and began eCommerce operations with Tredagain in July 2015. AFL, along with its parent company Greensource Holdings, are working on taking a portion of the rubber in the up to 300 million tires (that’s just in the USA) that are thrown out a year and give them a bit more mileage.

With an exclusive process for devulcanizing tire rubber, they’re able to recycle about 50% of the tire and use it for their footwear. It’s an ecological solution to a serious environmental problem that also serves as an excellent excuse to buy yet another pair of flip-flops - what? I’m just supporting the environment!

In all seriousness though, what Tredagain is working on is a huge necessity for the global environment these days. They’re taking tires that would either be burned or dumped into a landfill and chemically transforming them for a new life.

Motivated by a desire to create eco-friendly products, Sam Drew, Logistics and Customer Success Coordinator, Illya Kuperman and the rest of the team at Tredagain are changing the way recycling and fashion are done.

Tredagain is primarily an eCommerce retail operation at the moment. While wholesale is most definitely on the books, they currently sell directly to the consumer through Amazon and their website, which is powered by WooCommerce. When they’re at an event, they also use Shopify as a POS. At the moment, around 60 SKUs make up their footwear-focused inventory.

As an infant business, they began with the usual method of inventory management: Excel spreadsheets. When they first started out at the beginning of the year, those spreadsheets were fine, but they had only gotten one shipment of products. As they began to grow and expanded to two warehouses, they realized that the spreadsheet method simply wasn’t sustainable for growing and managing multiple platforms. With plans for international expansion and eventually warehousing in Asia, Europe or other parts of the globe, they would need a more flexible solution.

Our CFO was managing spreadsheets and spending a lot of time on them. Inventory management was a bigger part of his life and his day than he wanted it to be. He has a lot on his plate - knowing where all our flip flops are shouldn’t be a major task for him.

Basically after selling the product, moving it, sending it out to investors, key contacts and others, it was starting to become apparent that we had to put their foot down - and adopt a new approach to inventory.

After a week or so of running a TradeGecko trial, the guys at Tredagain were convinced that this was the solution for them. “Keeping track of inventory in a clear, concise and efficient manner and the ability to run reports on data that helps us make informed decisions on what direction we should go with the company are crucial for us. TradeGecko met both criteria and was the full package.” They didn’t want to put a bandaid for their inventory problem, they were looking for a long-term solution to go along with their long-term plans. TradeGecko gave them a clear path for that.

They also appreciated that it was easy to use.

We’re not IT guys, so in order for us to work with systems, they have to be simple, easy to use. If you want to find your inventory, there’s a tab for that, if you want to run a sales report, those are easy to find. Basically, TradeGecko guides you through everything you need, which is the best part.

Three people at Tredagain use Tradegecko on a regular basis, but most everyone in their small, but growing company has been in the system and knows how to use it. They appreciate that it didn’t take much time for employees to learn how to use TradeGecko. They use intelligence reports regularly and love that TradeGecko allows them to access the data they needs quickly and easily. They are able to see quickly which SKUs to reorder, which ones to hold off on. Being able to see what’s selling, what’s not, who’s buying, when they’re buying and many other reports allows them to make intelligent decisions.

Everything tied up neatly with a bow

Tredagain sells on WooCommerce, which integrates easily with TradeGecko, along with Shopify POS. They use QuickBooks online for all their accounting functions. They use ShipStation for shipping and take care of order fulfillment internally. They expect to start using the TradeGecko B2B eCommerce platform very soon to enable their retail partners to buy their flip-flops online in bulk. For the future, they anticipate also using the backordering function especially as they grow wholesale.

We’ve explored TradeGecko’s B2B platform and we are excited about it’s functionality and customization options which will enable us to wholesale to our growing network of retailers.

Walking the path to success

Tredagain began to see their biggest benefit almost immediately after starting to use TradeGecko: time saved. Compared to the two to three hours spent on inventory spreadsheets before TradeGecko, they now only spent a few minutes here and there throughout the day. Anyone within their organization can now easily access the inventory, see who needs it, and send it directly to them.

TradeGecko is also thrilled at having realized ROI with TradeGecko so quickly.

“We estimate that we saw a ROI within the first few weeks of using TradeGecko. Operations quickly became more streamlined and we can now track inventory easily with a few clicks to see where it is, what happened to it and where it’s going.”

Definitely expansion as much as possible. Tredagain is working on going international as key contacts around the world express an interest in this product and eco-friendly products in general. They are an international wholesaler who supplies to environmentally friendly retailers. Tredagain is hard at work putting a literal bounce in customer’s steps. But more than that, they’re on the very forefront of the combination of eCommerce and environmental sustainability.

A company that takes a random accident and turns it into a (comfortable) solution to a global environmental problem? That’s just the kind of company that TradeGecko loves to support.

Find out more about Tredagain here.

You can also boost operational efficiency and sell more across your channels like Tredagain. It all starts when you sign up for a 14 day free trial of TradeGecko today!

Festival Clothing: wholesaling and inventory management in their own niche

Get the latest to your inbox

Looking for something else?

From big jobs to small tasks, we've got your business covered.

Firm of the Future

Get help with QuickBooks. Find articles, video tutorials, and more.