8 Crowdfunding Sites: Which Is Best for You? 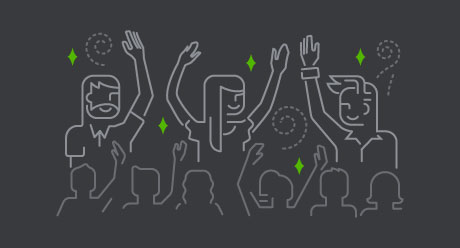 Even as little as a decade ago, if you had said the word “crowdfunding” to someone, they likely would’ve looked at you as if you had just sworn at them in Portuguese.

But, today? Crowdfunding is far more mainstream—which means that mention of the term alone will spark an interesting discussion, rather than cross-eyed confusion.

Indeed, crowdfunding is now a common way for businesses to raise some cash in order to launch a new product, fund a specific project, or even just finance their growth.

The popularity of this method is only increasing. Experts estimate that the crowdfunding industry will grow to over $300 billion by the year 2025.

If you aren’t already on board the crowdfunding bandwagon, jumping on can seem a little intimidating. And, the first place you need to start? Finding the best platform for your own campaign.

There are plenty of options out there, which is a great thing. But, it also makes it tougher to zone in on the best choice for you.

We’re here to help. Here are eight different crowdfunding sites that are well worth your consideration.

When you think of crowdfunding, Kickstarter is likely one of the first to come to mind. Founded in 2009, the platform is unique in that it rewards people for donating. Those who support a specific project are given something—from a product to a unique experience—depending on their level of investment.

Who It’s Good For: The vast majority of projects on Kickstarter tend to be creative in nature. It’s also worth noting that, given Kickstarter’s unique approach, you need to have a specific project for people to donate to that leads to a final deliverable. That means this isn’t the site you want to turn to if you have a less tangible goal, such as starting a business.

What It Costs: Here’s another important caveat with Kickstarter: If you don’t raise 100% of your goal, you get none of that cash. Your project needs to be 100% funded in order for you to collect that money. If you meet your goal? Kickstarter has a 5% fee, and the payment processor will charge an additional 3-5 percent.

GoFundMe is another big name when it comes to crowdfunding. It tends to skew mostly toward individual people aiming to raise funds for something in particular—whether it’s covering medical bills or paying for education.

Who It’s Good For: GoFundMe touts the fact that it’s for “personal causes.” As a result, GoFundMe has a lot of individuals on the platform, making it great for business owners and entrepreneurs who are looking for money to open a new venture or even take their existing businesses to the next level.

What It Costs: GoFundMe is another platform where you must meet your fundraising goal in order to collect. For campaigns started in U.S. dollars, there is no platform fee (it’s 5% for other countries), and payment processors will collect between 2-5 percent.

Indiegogo isn’t as niche as the other platforms, meaning you’ll find a solid mix of fundraising platforms on the site. Additionally, Indiegogo doesn’t require you to meet your fundraising goal in order to collect. However, you will pay a higher fee if you don’t reach your target.

Who It’s Good For: Just about every industry is covered on the platform, making it a good fit for almost anybody.

What It Costs: Indiegogo offers both fixed and flexible funding. Fixed funding is ideal if your campaign can only continue if it raises a certain amount of money (such as needing $10,000 to buy a piece of equipment), while flexible is better if your campaign will benefit from any type of funding. The fee for either is 5%, but if you don’t hit your goal with a flexible funding campaign, you’ll pay a higher fee (which is reportedly 9%). There’s no fee for a fixed funding campaign if you don’t hit your goal. And, of course, there will be additional fees (usually around 3%) from payment processors.

With an emphasis on creative projects, Patreon works with a subscription model. This means that donors provide regular contributions, rather than making a donation in one lump sum. With a tagline of “Creators, Come Get Paid,” the platform is designed to support creatives in pursuing their passions and making things that others enjoy.

Who It’s Good For: Because Patreon prides itself on supporting creators (from podcasters to game creators to artists), this platform is best if you’re pursuing a creative venture.

What It Costs: Formerly, creatives on the platform would pay a 5% fee for the platform, as well as any other fees associated with payment processing. But, recently, Patreon changed its approach in order to give its creators as much money as possible. Now, donors are the ones who pay a service fee of 2.9% + $0.35 for each individual pledge to cover that payment processing. While it means that fundraisers now get to take home 95% of what they earned, many users were concerned that the additional fees for donors would scare away patrons.

Moving away from passion projects, RocketHub is geared toward entrepreneurs who are searching for venture capital. With a designated ELEQUITY Funding Room, you can pitch your idea and see if it garners any interest from donors.

Who It’s Good For: RocketHub states that it caters to entrepreneurs working on projects in the following categories: art, business, science and social.

GoGetFunding may be a site you’ve heard less about despite the fact that it’s been around since 2011. But, it’s another great option, particularly for those who are looking for some flexibility in terms of the projects they can fundraise for. Additionally, GoGetFunding allows fundraisers to keep the money raised—whether they meet their target or not.

Who It’s Good For: GoGetFunding empowers users to raise funds for any cause—whether it’s business-related, personal or for a nonprofit.

What It Costs: GoGetFunding charges a fee of 6.9%, which sounds high when compared with the others. However, it’s worth noting that this fee includes both the platform fee and the payment processing fee—making this one a bit more cost-effective than most of the other options out there.

Haven’t heard of Ulule? That could be due to location—it promotes itself as Europe’s first crowdfunding site. But, don’t be intimidated by this international approach. It’s still a great option, particularly for those who are looking to fund creative projects.

Who It’s Good For: Ulule says its purpose is to “empower makers and entrepreneurs,” which means it’s a good fit for a variety of projects. However, the audience tends to skew more toward creative initiatives.

What It Costs: Ulule is another platform that takes an “all or nothing” approach. If you don’t meet your fundraising goal, money will be returned to donors with no fee for them. Ulule’s fee for all projects that collect donations in currency other than euro is 6.67% (VAT included) for credit cards, and 4.17% (VAT not included) for donations made using checks or PayPal.

Focused specifically on businesses, CircleUp’s intention is to help emerging brands and companies raise capital to grow. Here’s what makes this one different: Companies need to apply and show revenue of at least $1 million in order to be listed on the site — although, the platform occasionally makes exceptions.

Who It’s Good For: Because of its more thorough process, CircleUp is good for entrepreneurs who already have a somewhat established business and are seeking both funding and guidance to take their businesses to the next level.

What It Costs: If you’re approved to be listed on CircleUp, the fee percentage will be determined based on the total amount raised. CircleUp says on its FAQ page, “Our commission is intended to be generally consistent with what companies pay to investment bankers in the offline world for similar size fundraising rounds.”

If you’re eager to start crowdfunding, there’s no shortage of options out there to help you kick off your own campaign.

The best way to get started is to consider your own needs and your goals. With those in place, you can begin to zone in on which of the above platforms will work best for you. Happy fundraising!

This article currently has 41 ratings with an average of 3.5 stars