Why Optimism Is a Double-Edged Sword for Entrepreneurs 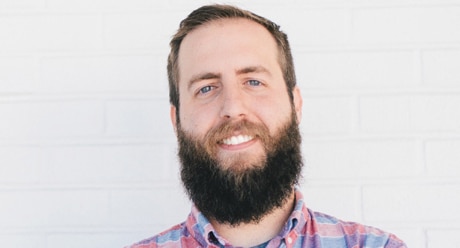 Small business owners tend to be optimistic—almost unreasonably so. It’s the founder’s mentality—you almost have to be endlessly optimistic that your idea will work. Otherwise, why take such a risk in bringing it to life?

Josh Pigford, the man behind analytics startup Baremetrics, was no different. But while optimism is a necessary component of starting a business, it can also get you into trouble if you don’t also temper it with a healthy dose of reality.

Pigford admits that he knew the basics of building a business, but his untameable optimism got in the way, crippling his company and almost sinking his company altogether. Ironically, it was that same optimism that would end up saving it.

After founding his startup and building it to $20,000 in recurring monthly revenue, Pigford was able to raise a further $500,000 to grow the business. With solid 10-20% monthly growth and money burning a hole in his pocket, he decided to use it to invest in hiring more employees.

His thinking was that more employees would allow the business to grow faster, which in turn would mean higher revenue. Unfortunately, after spending $250,000 in just four months, he realized that it didn’t quite work out that way.

“I’ve certainly read that you should hire slowly and that the payback you get from employees can take months or even more than a year to show up,” Pigford laughs. “I knew that but thought it wouldn’t apply to me. I thought I was somehow different… It’s easy to assume that you’re special, that you aren’t like everybody else. I think that’s dangerous.”

For Baremetrics, this cash-flow problem meant an abrupt reality check.

“I thought I was somehow different. It’s easy to assume that you’re special, that you aren’t like everybody else. I think that’s dangerous.”

In a post published to the Baremetrics blog, Pigford describes the process of finding out that his company was just months away from running out of cash.

“I was running the company as a free spirit. I was playing ‘visionary’ and just assuming things would work out because…of course they would! I have a vision!

“I’m fully aware of my free-spirit tendencies and had known for a while I really needed to have someone help me stay on top of the accounting side of things more (especially when it came to forecasting our profit & loss), but I’d free-spiritedly say I’d get to it ‘one day.’

“That ‘one day’ arrived and I sent a note to the folks at Flightpath Financial. We had a couple of short conversations, I gave them access to all our financials and they jumped in to build a custom financial model so we could better estimate and predict where we’d be in the coming months and years.

“Then I got a message from Jaakko (the CEO at Flightpath) asking me to hop on a call a week sooner than we’d originally planned as things weren’t looking so great.”

What Jaakko shared with Pigford was an alarming graph indicating that if their current situation continued, Baremetrics would be running into the red in a matter of weeks.

Pigford immediately got to work crunching numbers and looking for ways to save, saying that it was a good incentive to audit their expenses.

“We were paying a company for database administration,” he recalls. “We had gotten a lot of use out of them early on… but we had to bite the bullet and let them go. That saved $2,000 a month.”

But saving a few thousand dollars a month wasn’t enough, so he began searching for ways to make more money, too. “I even emailed 100 customers asking about doing things like consulting—we’ll put together a 10-page report on ways your business can reduce churn, develop a usability plan to A/B test stuff,” he says. “We looked into all kinds of options.”

But Pigford says that instead of taking him up on the offer, his clients had an unexpected reaction instead. ”A lot of people responded with ‘That sounds cool, but focus on building the product… I’d rather you spend time on adding new features. It almost made some people a bit wary, actually.”

Eventually, faced with no other option, Pigford bit the bullet and asked his team to take a temporary pay cut. To his team’s credit, they agreed. And, eight months after taking these drastic measures, the Baremetrics team was back to their full salaries and more importantly, back to profitability, too.

What did Pigford learn from this experience? He says he now focuses on realistic predictions and recognizes the need for a “nerd” to keep an eye on cash flow and balance his free-spirit tendencies.

“I’m not necessarily more involved in bookkeeping, but I’m now more informed,” he explains. “Before, not only was there no one doing the accounting, I wasn’t really doing it either. Now we’ve got someone way more qualified on this.”

He also admits that he’s had to temper his relentless optimism with the truth about business growth.

“Being intentional about forecasting the next six months is so important. I think people go month-to-month too much. They assume things will be the same, especially when you’re talking about growth.”

And although Pigford now recognizes that his unbounded optimism in hiring beyond his means may not have been the best idea at the time, it was his persistent belief that the company would work and could pull through that eventually saved them.

Today, Baremetrics is a million-dollar company and Josh Pigford is happily sharing his hard-won knowledge with others on the Baremetrics blog and the Founder Chats podcast.