Why You Should Consider Hiring Ex-Convicts 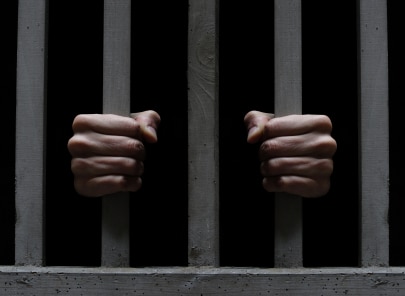 When you’re looking for a new employee, a criminal record is usually a huge red flag. But does it really have to be? People who’ve been to prison have paid for their crime, and are usually grateful and willing to work hard for a second chance. Hiring an ex-con can be a risk, but here are some reasons to think about taking that risk.

They’re hungry for work. Most employers refuse to take a chance on former felons: A 2003 study of businesses in four major cities found that only 12.5 percent of employers were willing to accept applications from ex-convicts. Because such individuals know their options are limited, they’re typically willing to work hard to prove themselves, starting at the bottom. Many have even participated in training programs in prison that could give them special qualifications for a job at your company.

Helping them will help your community. As many as 50 percent of former convicts are unemployed. If they’re unable to obtain legitimate paying work, they’re far more likely to return to a life of crime. Taking a chance on someone with a criminal record can help ensure that he stays on the straight and narrow, and may help him to influence his friends and family members to remain on a positive path.

You could be eligible for tax breaks. Depending on your state, you could be eligible for up to $9,000 in tax credits for hiring a formerly convicted employee who meets the criteria of the Work Opportunity Tax Credit program. The U.S. government offers other incentives specifically for employers who hire ex-convicts, such as the Job Training Partnership Act, which may reimburse training wages; and the Prisoner Reentry Initiative, which provides grants to organizations that help ex-offenders transition into jobs. Numerous states offer additional incentives for employers willing to give ex-convicts a second chance: Check out the Reentry Resource Map for details on what’s available in your state.

Ex-offenders whose crimes are long in the past pose no greater risk than people in the general population. According to a study funded by the Justice Department, researchers at Carnegie Mellon University found that the “hazard rate” for a first-time arrestee for robbery was the same as someone who’d never been convicted after seven-and-a-half years. For someone arrested for aggravated assault, the risk to employers disappeared after four years with no subsequent criminal activity. The research illustrates that many ex-offenders are fully capable of redeeming themselves for foolish acts in their youth, and are deserving of employment opportunities.

When it comes to hiring a former convict, it never hurts to be cautious. You’ll want to closely monitor your new hire, and ensure that your employee isn’t working in an area of the company where his criminal past could come into play: For instance, if a new employee was jailed for money laundering, you probably don’t want him working in your finance department. However, if you’re willing to take a chance on someone with a checkered past, you could give someone the necessary tools to turn his life around — and score some great tax breaks at the same time to go with the karma.

This article currently has 3 ratings with an average of 3.7 stars