How to Hire Your First Employees 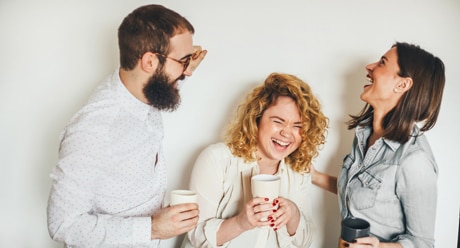 Tony Hsieh, the CEO of Zappos, famously said in 2010 that hiring mistakes cost his company $100 million. Although Zappos is a company valued at well over a $1 billion and that employs more than 1,000 people, small businesses could just as well lose precious dollars from hiring mistakes.

According to a study from the Society for Human Resources Management, a bad hire can cost an employer up to five times the employee’s annual salary. No matter what the salary is, this is not a prospect any employer wants to face.

While no one’s immune to making hiring mistakes, it’s important to realize it before it’s too late–the earlier the better–since a continuous cycle of bad hiring can cause irreparable damage to your business.

Generally, mistakes in hiring are made when you’re in a rush and make decisions based on short-term thinking. In order to avoid that mistake, it’s imperative to understand exactly why hiring is so important, and what effect a good or bad hire can have on a company.

In a live interview, Hsieh touches on three significant ideas in hiring:

We’ll explore these concepts in more detail to see just how big an impact they can have on the future of a company.

If you browse through most job descriptions, they list character traits of an ideal employee—things like “self starter” and “great communicator.” It sounds nice, but it doesn’t really help you find the right people.

Ultimately, what you want are employees that:

However, the best employees are also the hardest to find and attract. Simply put, you get what you pay for. Since small businesses are usually short of cash, they tend to want an easy, low-cost hire that can help free up time.

But before you make the hire, consider a longer-term approach.

For example, let’s say you’re looking for a customer service person who can handle 100 emails per day.

Person A may ease the workload for you, but Person B could actually help you grow your business and end up putting a lot more money in the bank than Person A ever could.

In an article for Glassdoor that discusses the value an employee can bring to a company, Jacob Baadsgaard, the CEO of Disruptive Advertising, shares the following anecdote about his employee’s prior experience at another job:

“[H]is was one of those more stingy jobs and had a high turnover rate for entry-level employees. However, he applied the principles I’ve described. He developed a number of specialized skills and got deeply involved in some really important projects.

The miserly company was happy to be getting more out of him for the same pay…until the day he started looking at taking his skills elsewhere.

His value was so great by then that the company would be set back months or years if he left, so when he suggested that he would need a 40% pay increase to stay, they felt like it was a worthwhile investment.”

Rather than rushing to fill a position, take a minute to consider the long-term benefits of hiring a candidate who shows more promise, even if you might need to pay them more. Alternatively, consider putting some time into training a new hire so they will be equipped to go above and beyond the duties listed in the job description.

The domino effect can be either positive or negative, depending on the first hire. Here are a few drastically different scenarios:

A) You hire a star employee.

The ideal employee will work efficiently, saving you time and money. They will also be a great motivator for others, improving performance overall. They may also attract other great candidates to the company through their network. Repeat this cycle enough, and you’ll find yourself on a list of best places to work. This will help attract other star employees who will bring innovative ideas to the table and set you on a path to become a great success.

B) You hire a bad employee.

There is no one reason a person could be bad for your company, but the results of a bad hire are the same. A bad employee may not deliver and underperform. They can also bring the morale down, and negatively affect other employees, bringing down their performances. They could also make hiring mistakes, bringing on more bad hires to the company. Repeat this cycle enough, and you become one of those workplaces people want to avoid. With high turnover rates at the top, the company will lose stability and direction, and struggle to recruit talented people to the team.

Sandy Marsico, the CEO of the Chicago-based firm Sandstorm Design expands on this concept:

Once we started to identify top talent, it snowballed. Good people tend to know other really good people, but it takes time. You need to hire that first really strong person who has a network, and then it’s like a domino effect. We’re always interviewing and building relationships before we have the role. It’s super-casual and not about a particular job. We have our wish list of people. Someday we will be ready.

Thinking about the domino effect can help you refine your hiring process so that you can be ready for better results in the future. Most importantly, it helps focus on finding the right candidate the first time around.

Find People You Look Forward to Working With

When you talk about company culture, you’re talking about work environment. We all know it’s important to have a good company culture, but how do you build one? Well, it all comes down to the people you hire.

Even early on, your culture will evolve based on your business partners and first hires. Maybe there are three guys and it’s more of a “bro” culture. Then you bring in a female employee, and the dynamic naturally shifts. Though this is a simple example, the fact is that, because humans are social animals, a group of people working together inevitably creates a culture.

Because humans are emotional creatures, companies that don’t take these factors into consideration can unwittingly create a toxic environment.

Although it may be counterintuitive, companies that work hard on their culture often forego candidates or employees that don’t make a great “culture fit,” despite the fact that their resumes meet all the professional criteria.

For example, Amazon’s Pay to Quit program offers up to $5,000 to employees who want to quit. The reason they do this is because they want to ensure that all their employees are happy where they are. If employees remain at the company purely for financial reasons despite the fact that they aren’t satisfied, this will in turn have a negative effect on the company culture as a whole.

This article currently has 8 ratings with an average of 2.0 stars