Fraud Statistics Every Business Should Know 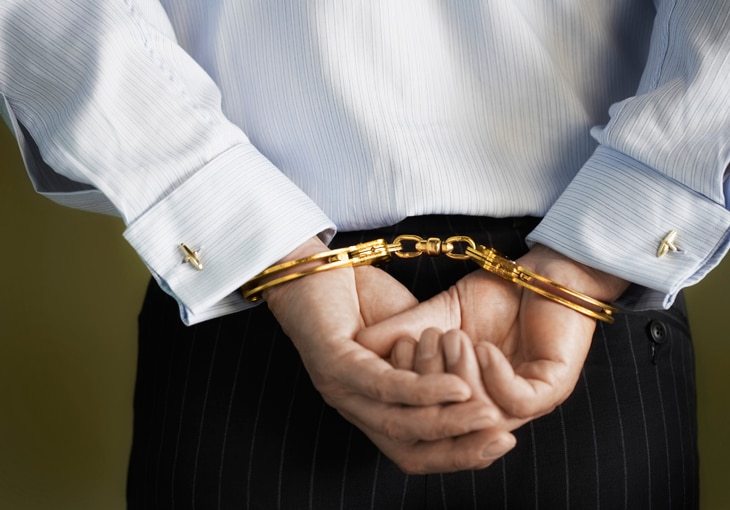 The Association of Certified Fraud Examiners’ (ACFE) 2014 Global Fraud Study revealed that the typical organization loses a median of 5% of revenues each year due to fraud. On a global scale, this translates to losses of approximately $3.7 trillion, according to anti-fraud experts. In addition to lost revenue, there are also indirect costs, such as low employee morale, decreased productivity, ruined reputations and tarnished brand images, all resulting from employee and employer fraud.

In spite of such sobering statistics, it’s never too late to arm yourself with the latest data and implement proactive measures that prevent, detect and investigate potential acts of occupational fraud. Here are a few facts you should be aware of regarding the different types of fraud committed in the workplace, as well as what you can do to create effective controls in vulnerable areas of your organization.

While both large and small organizations fall victim to occupational fraud, the ACFE found that companies with fewer than 100 employees are particularly vulnerable compared to their larger counterparts. Whereas larger companies were more likely to have anti-fraud practices in place—such as hotlines, employee fraud training and internal departmental audits—smaller companies were less likely to implement similar anti-fraud controls that typically detect fraud sooner.

According to the ACFE, the median loss caused by fraud was $145,000, with 22% of those cases reporting losses of at least $1 million. Identity theft and cybercrime—especially credit card abuse—were among some of the most common sources of fraud in small businesses. Unfortunately, however, it’s smaller companies that take the bigger financial hit from unscrupulous behavior in their organizations. ACFE’s study revealed that companies with fewer than 100 employees lose a median of $155,000 each year as a result of fraud, compared to a median of $120,000 each year for businesses with 100 workers or more. And although asset misappropriation and corruption cases cited significant losses to companies, financial statement fraud caused the most financial damage, to the tune of an average of $1 million.

Workers’ compensation fraud is another source of angst for companies looking to control insurance costs and claims. Companies that reported to the National Insurance Crime Bureau (NICB) found that among the top culprits for false claims were prior injuries not related to work and “malingering” (i.e. claimants who exaggerated illness to escape work duties). For example, of the $30 billion loss caused by property and casualty fraud, the NICB estimated that about 25%, or $7.2 billion annually, is due to workers’ compensation fraud. In fact, the NCIB considered false workers’ compensation claims to be the “fastest growing segment of insurance fraud” in the U.S.

It’s important to note that fraudsters can be found across a range of occupations, from doctors and lawyers, to regular employees and ordinary individuals. Even more eye-opening is the fact that most occupational fraudsters—roughly 87%—are first-time offenders with clean employment histories.

Nevertheless, the ACFE study found that 77% of occupational frauds were committed by employees working in accounting, operations, sales, executive management, customer service, purchasing or finance. As for sectors, banking and financial services, government and public administration, and manufacturing tended to have the largest number of fraud cases, while mining, oil and gas, and real estate reported the largest median fraud losses.

When it comes to workers’ compensation fraud, the NICB found that employers, employees and medical providers were the three primary groups driving corruption and billing schemes. And while insurance fraud occurs in every region of the U.S., California, Illinois and New York were the states that generated the most questionable claims, according to the NICB.

Combatting Fraud in the Workplace

Research shows that fraud is indiscriminate of employer size, industry or geography, so it’s imperative to take proactive steps to prevent and mitigate the effects of fraudulent activity. The CFE fraud experts stated that the presence of anti-fraud regulations help reduce both the duration and monetary losses resulting from fraud schemes. Reducing the duration of fraud is particularly critical, since the longer the fraud lasts, the more financial damage it causes the organization.

The following are some of the best practices that have been shown to be particularly effective at preventing and detecting fraud in companies:

Although it’s certainly important to have some anti-fraud controls in place, not all anti-fraud measures are created equal. For instance, the ACFE found that, out of 80% of the fraud cases reported, 42% of frauds were detected via hotlines (versus only 3% through external audits). If you’re undecided about which anti-fraud measures to enact in your company, consult a fraud examiner, anti-fraud consultant or auditor for guidance on the controls that will be most effective for your company.

This article currently has 4 ratings with an average of 3.0 stars

Bridgette Austin
Based out of New York City, Bridgette is a technology writer in the higher education sector. Throughout her career, she has written a variety of business publications for organizations ranging from Big Four accounting firms and environmental consultancies, to software and college textbook companies. Read more