Equity crowdfunding: Lessons from the field 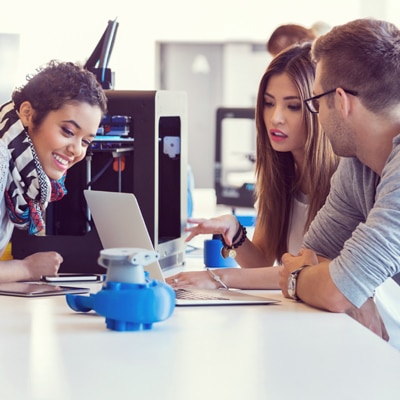 Raising money is a time-intensive process. Marketing your securities offering online through equity crowdfunding can shorten the process. For those of you who feel trepidation about dipping a toe in the water, knowing why others have taken the plunge and learning from their experiences may encourage you to raise money publicly.

Before diving into these lessons, let’s start with some background. In 1933, the Securities and Exchange Commission (SEC) put rules and regulations into effect to protect unsophisticated investors from getting bilked. This included prohibiting private companies from advertising their securities offerings.

On Sept. 23, 2013, Title II of the JOBS Act was put into effect, including Rule 506(c), which enables private companies to market their offerings to accredited—think “wealthy” or “sophisticated”—investors. With the 2013 rule in place, private companies are able to take advantage of marketing their securities offering via a crowdfunding platform.

Two companies that recently raised money this way shared insights into their campaigns.

Here are more valuable lessons from Digitzs and Onevest to keep in mind as you think about whether equity crowdfunding is right for you.

A Crowdfunding Campaign Extends Your Reach

Doing a crowdfunding campaign allows you to reach your connections’ networks with efficiency, says Cremades. Investing in your company may not be a fit for the people you know directly, but your direct connections may make a referral if they hold you in high regard and know someone who is a fit.

Many crowdfunding platforms have the ability to highlight your company to investors already on the platform who would have an interest in also investing in your company. “Overwhelming support came through on the platform,” Prive said in Bankless Times. “Many of the people who were familiar with Onevest came on board.”

Crowdfunding Shortens the Length of Time It Takes to Fundraise

Raising money in the offline world can take seven to 12 months and sometimes even longer. On average, it takes four to six months on crowdfunding sites, according to Luan Cox of Crowdnetic, which aggregates data from 18 equity crowdfunding platforms including Onevest. It took Digitiz four months to reach its goal. Onevest achieved its target in one month.

Cremades recommends choosing a crowdfunding platform from among those that specialize in your sector and stage of business. Digitzs founder Wagner recommends looking at the platform’s track record. Ask for references to help you judge the platform’s customer service.

For more evaluation criteria and a list of crowdfunding platforms, read Stand Out In the Crowd: How Women (and Men) Benefit From Equity Crowdfunding.

Nothing Worth Having Comes Easy

Just because you’re listed on an equity crowdfunding platform doesn’t mean people will flock to you. It takes a lot of hard work to publicize your offering and attract potential investors. Wagner hired a marketing and public relations firm, and had a video professionally made. Fundraising takes effort and doing it within a condensed time period is even more intense.

You don’t just need to hook an investor. You need to reel him or her in. “There’s a lot of follow-up that you need to do with investors,” says Cremades. Following up can be through email, phone or in-person if the investor is nearby. Whichever way you choose, do it in a timely fashion. Have all of your due diligence documents done in advance in case your follow-up wants to see them.

Digitzs kept potential investors in the loop by showcasing its achievements. This was done to also show how its funding activities were gaining traction. These achievements included:

Investors Measure You by the Investors Who Have Invested in You

As an entrepreneur seeking investment, you may be known by the company you keep. Attracting heavy-hitting investors early on can contribute to your success in attracting others.

Digitzs was able to get Kevin Harrington, one of the original sharks on Shark Tank and founder of As Seen on TV. He’s a principal architect of the infomercial industry who understands the pain points within the payment processing industry. For Digitzs, getting Harrington was quite a coup, says Wagner.

Details That Get Lost In the Crowdfunding

You also need to be aware of some of the drawbacks of crowdfunding:

Best practices for publicly raising money are emerging. Facts are replacing misconceptions and the industry’s progress is being measured. You can find more in Stand Out in the Crowd and here on QuickBooks’ Small Business Center, where I will write regularly about best practices.

Learning from the experiences of entrepreneurs who have successfully—or even unsuccessfully—raised money via equity crowdfunding will put you ahead of the crowd if you decide to jump in.

Geri Stengel
Geri Stengel is founder and president of Ventureneer, a content marketing, market research and education company that helps organizations reach small businesses through thought leadership. She is an expert in women's entrepreneurship and crowdfunding. Read more