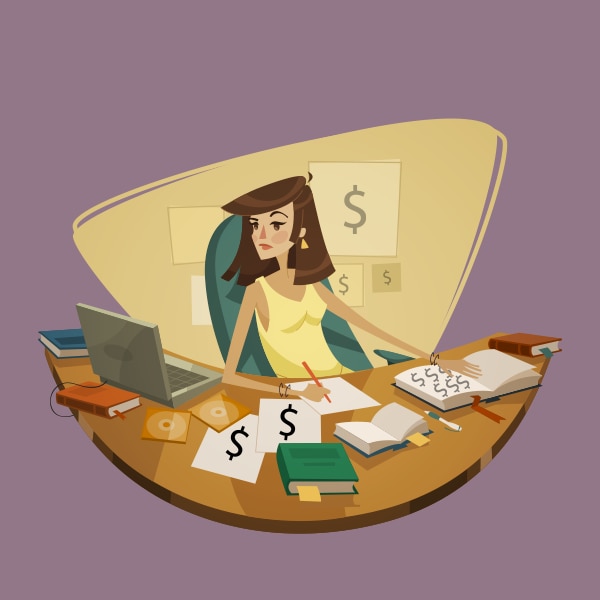 Costing is used in business accounting strategies as a way of determining the cost of manufacturing a product in relation to the revenue generated by that product. Costing systems determine the overhead of production and then allocate those overhead costs to a business’ products.

There are two common methods for allocating these indirect costs to products. Both of these methods assess overhead costs and then attach these costs to products based on certain cost drivers. A cost driver is any component that costs money or any factor that is related to a cost occurring, such as the volume produced or the number of labor hours.

The other method is traditional costing, which assigns costs to products based on an average overhead rate. This method pools all indirect costs in production and applies those costs equally across the board using one appropriate cost driver, such as machine hours.

Activity-based costing is more accurate because it takes important factors into account before assigning a cost to a product. However, for this same reason, it is a bit more complicated and time-consuming. It’s also more thorough and considers nonmanufacturing expenses as well, such as administrative and managerial costs.

Traditional costing is a much easier way of determining the cost of a product, since it relies solely on assigning average overhead rates. This also means it won’t always be as accurate, because it doesn’t factor in nonmanufacturing expenses or determine which overhead costs actually affect specific products.

A simple example of these costing methods can be demonstrated with the costs of living in an apartment with roommates. Two roommates in an apartment will typically split the costs of rent, utilities and groceries, and they have a couple of options for doing so. They could simply total the cost of all of the bills and divide it exactly in two. This would be similar to traditional costing.

The roommates also have the option of determining who uses specific utilities and paying only for what each one uses. They can then create an itemized bill for each roommate. For example, if one roommate doesn’t use the internet and the other doesn’t use cable, they won’t have to pay those parts of the bill. This method is similar to activity-based costing.

Which Should You Use?

Both forms of costing have various benefits as well as disadvantages. Determine which form of costing will be best suited for your project by considering your specific needs and your timeframe.

Activity-based costing should be used when accuracy is crucial, because it is the most precise. Although it is costly to implement, it should be used for:

Choosing appropriately between activity-based and traditional costing methods won’t be easy, but it’s a decision that shouldn’t be neglected. Taking the time to understand how each method affects your business could help you save money in the long run, leaving you with extra money to reinvest where you see fit.