Retainage in the construction industry: A guide for contractors 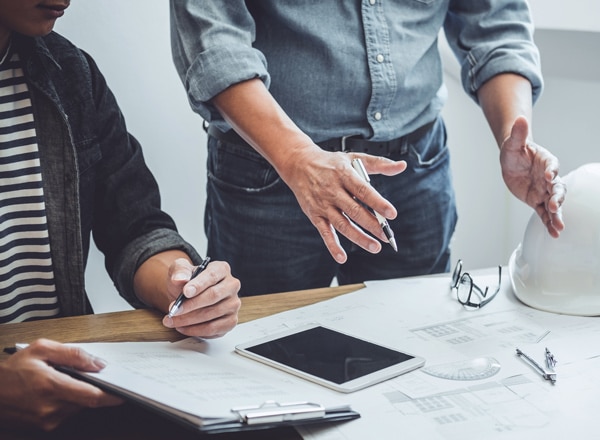 There are many unique financial practices that apply to construction, including the concept of retainage. Retainage is a specified amount that is withheld until contracted work is complete. Retainage serves as a protective measure for clients that ensures that contractors meet the agreed-upon terms and complete the project to satisfaction.

While this practice is generally seen as favoring clients, it also ensures contractors don’t have to wait until the end of a project to get any money. However, it also means that contractors only get partial payment and are at the mercy of client satisfaction. In fact, it creates risk and cash flow challenges that can be difficult but necessary to manage.

To help you better understand how retainage applies to your construction business, we’ve created this guide. Read from start to finish, or use the links below to navigate the article.

What is retainage? Understanding the basics

Retainage applies to a portion of payment that is withheld until a construction project is completed. According to the Construction Financial Management Association (CFMA), retainage has been a standard practice for over 175 years. While retaining has become standard on construction projects, that doesn’t necessarily mean it is the best practice or favored by the businesses it is imposed upon. In fact, the American Subcontractors Association (ASA) is in favor of the “elimination of unnecessary retainage.”

The concept of retainage is meant to balance the needs of contractors and their clients. It incentivizes contractors to complete all aspects of the job while ensuring they have the capital they need to complete the project. It is important to note that whatever retainage is agreed upon between the client and contractor typically trickles down to the subcontractor.

While retainage may seem to give you little-to-no control over ensuring you receive full payment for your completed work, that’s not necessarily the case. Both the client and the contractor must agree on the amount of retainage before the project begins. And in order for retainage to be enforced, it should be part of the contract.

Note that retainage may be used interchangeably with retention or progress payment when referring to money withheld on construction contracts.

How does retainage work?

Since retainage is the standard in the construction industry, it’s important to have a clear understanding of how it works. That way, you know what to expect when entering into agreements. For starters, you need to know that:

Let’s take a closer look at how retainage works.

Factors that influence the likelihood of retention

There are a variety of factors that can increase the likelihood of retention on a construction project, including:

How much retainage is normally withheld?

The amount of money withheld can be determined as:

However, a total percentage is usually the preferred method for determining the amount withheld. According to the ASA, 10% has historically been the standard retainage rate.

For public works projects, retainage fees range from 5% to 10%. In some cases, retainage may be set at a low percentage at the beginning of the project but may be increased if a contractor is not meeting their obligations.

How long is retainage withheld?

In some cases, retainage is withheld until the entire project is complete. In others, it is released in several portions as the project progresses. Often, this is done by assigning retainage release to certain milestones.

It is important to note the effect this can have on subcontractors. Since many subcontractors finish their portion of the work before the full scope of the project is complete, they are at an even bigger disadvantage. This is because there is a much longer gap between completing their work and getting paid in full.

Can clients withhold retainage after a project is completed?

If it is included in the agreement, a client may be able to withhold funds. This is another reason it is important to carefully read through contracts before agreeing to them.

In some cases, clients may add these terms to the agreement to ensure they’re satisfied with the finished project. Retainage may be withheld past project completion if there is a punch list of work that has not been completed or has been completed incorrectly.

However, allowing clients to hold on to retained funds after project completion is highly risky, as there is a chance they could try to evade final payment. To protect your business, it is in your best interest to require that funds be released upon project completion, if not earlier. Another way to ensure prompt payment is by verifying that every aspect of the project is completed to the highest standards.

Can retainage be released early?

Retainage can be released early, but again, it depends on your contract. This is typically something subcontractors will want to try to have written into their contracts. Otherwise, subcontractors could have to wait until the entire project—including the work they weren’t responsible for—is completed.

If you want to ensure that you receive your portion of the payout in a timely manner, make sure it’s in the agreement. It might not always be possible, but it is worth asking about.

Challenges of retainage: How retention impacts contractors and subcontractors

As mentioned, retainage can cause hardship on contractors and subcontractors. Some of the common challenges caused by retainage policies include:

These challenges affect new and small businesses more significantly than their larger, more established counterparts because they usually don’t have the financial safety net. Nonetheless, retainage does put a strange on small and large contractors alike.

As mentioned, retainage can present a lot of financial risk that applies to all parties involved. However, there are several laws on both the state and federal levels that set limitations on retainage. These laws are important in protecting all parties, including contractors, owners, and lenders, to ensure work is completed and payment is provided.

Having an understanding of retainage laws is important to ensure that you’re not being taken advantage of.

Private projects—those performed for private entities like individual homeowners—are held to different standards than public projects. The permissible withheld retainage for private projects can vary from state to state. For example, Texas requires individuals to withhold 10% in retainage, but no more.

One of the most important legal stipulations for private projects that you should be aware of is how you can use a mechanic’s lien. This allows you to make a lien claim on their property if they fail to provide payment to the general contractor, subcontractor, or both. Make sure you know your lien rights so that you can fight for the money you’re owed if necessary.

Since limitations and requirements can vary significantly, you may want to get legal advice if retainage seems excessive.

In general, the laws regarding retainage for state, county, and municipal projects tend to be less strict. States can limit the level of retainage that is allowed on construction contracts. As such, it’s important to look into the state’s laws where you will be conducting work.

State retainage limitations can vary significantly on public projects. For example, in California, retainage on these projects cannot exceed 5%.

To ensure your contracts are in compliance, make sure to do your due diligence in researching retainage laws in your state.

You may be able to avoid retainage on contracts with clients you’ve worked with before, but retainage is virtually inevitable in the construction industry. This is especially true if you take on primarily private projects.

Since you likely can’t completely avoid dealing with retainage, here are a few tips to help you better manage retainage:

Yes, this will raise the contract amount for your clients, but it is an effective way to ensure you have enough capital to work with. In some cases, this may also sway clients to waive retainage altogether.

Construction businesses are especially vulnerable to cash flow issues when retainage is involved on most of their projects. As such, it is in your best interest to establish practices where cash flow is carefully tracked and managed.

3.Use a reliable accounting software.

Having a good accounting software in your business toolkit can significantly improve your financial management when it comes to retainage and otherwise. With QuickBooks Online, you can track expenses, income, and cash flow and receive detailed insights into your business’s financial situation.

When you’re starting out, retainage can be especially burdensome on your operations, especially on large-scope projects. To counterbalance the strain retainage causes on your finances, establish cash reserves and a savings account as soon as possible. This can help ensure you have additional funds you can dip into when needed—for instance, when clients try to withhold funds after project completion.

Retainage is an additional layer of complexity that contractors must learn to navigate. Having a clear understanding of what’s considered acceptable—as well as what’s not—will help you set boundaries and protect your interests. Being able to dictate how retainage is applied to contracts or even persuade clients to forgo retainage will help you maintain better control. When retainage isn’t avoidable, don’t forget about the strategies and tools at your disposal, like QuickBooks Online, to help manage and grow your business. 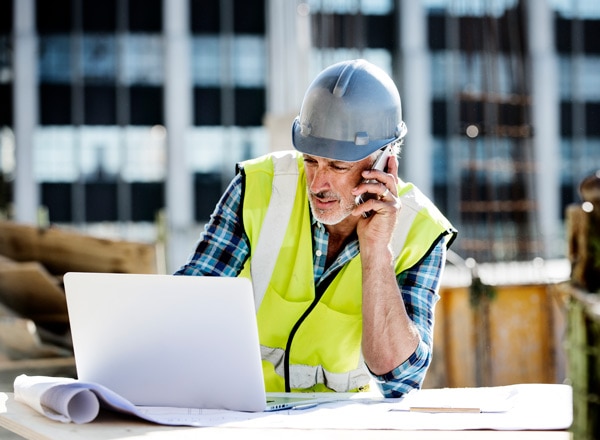 3 key procedures of construction accounting
Rate This Article
☆ ☆ ☆ ☆ ☆
QuickBooks
Whether you've started a small business or are self-employed, bring your work to life with our helpful advice, tips and strategies. Read more
Up next

Everything you need to know when you manage multiple construction projects

How to prepare and analyze a statement of cash flows