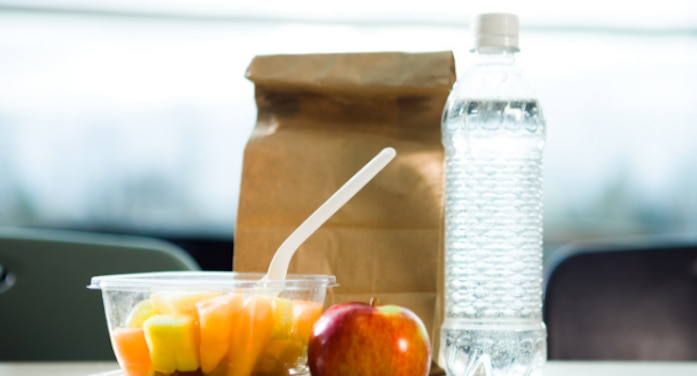 Contrary to reports that the American lunch break is dying, a new TSheets by QuickBooks survey published in March 2019 found Americans typically get more than 30 minutes—higher than the global average.

While they eat, American workers multitask, whether that’s running a few errands or catching up on social media. Many employees ignore the need to relax altogether and eat while they work, preferring to clock out early rather than catch their breath midway through the day.

It’s no wonder, then, that many U.S. workers feel stressed and overworked, despite the fact their lunch breaks are as frequent as ever. According to the American Institute of Stress, “job stress” has been steadily increasing over the last few decades. In 2018, Forbes called the U.S. the “most overworked developed nation.”

Analyzing how Americans use just one of their intended breaks and comparing that behavior to other countries around the world may give us some insight into workplace stress. TSheets asked 15,000 workers in 27 countries (including Canada, the U.K., and Australia) to spill the beans: How long is the average employee lunch break and what does that break entail?

Employees in many developed countries could envy Americans’ midday break. Where American workers might salivate over the prospect of an afternoon siesta, this survey found the siesta a relic of the past. Instead of lunching long enough to take a nap, Spanish workers reported an average lunch break of just 28 minutes. According to BBC findings from 2017, only 18% of Spaniards still sometimes take the revered afternoon nap.

In looking at the TSheets survey’s global data, however, it’s important to remember correlation doesn’t equal causation. In other words, longer lunch breaks don’t necessarily have anything to do with a lighter workload or less stress.

Workers in Japan, South Korea, and Malaysia took an average of 45 minutes for lunch, yet South Korean employees are some of the most overworked in the world. According to 2017 data collected by the Organization for Economic Cooperation and Development (OECD), South Koreans worked an average 2,024 hours in 2017. They came third only to Costa Rican and Mexican workers who reported only 15-minute employee lunch breaks in the TSheets survey. American employees, for context, worked an average 1,780 hours.

Japan—another highly developed country—is also home to more “overworked” employees than the U.S. It’s true their average lunch break is 46 minutes (10 minutes more than in the U.S.), but Japanese employees can be asked to work up to 99 overtime hours per month before reaching the 100-hour overtime cap. The overtime cap is a result of too many Japanese workers dying from karoshi, which translates to “death by overwork.”

So if the duration of a country’s average lunch break doesn’t absolutely determine worker stress, what other lunchtime factors might have a part to play?

Blame it on (the lack of) brain food

When asked to rate their typical meal, 61% of Americans described their lunch as “healthy,” and 9% rated their meal “very healthy.” The remainder confessed to consuming “unhealthy” or “very unhealthy” meals.

But what does “healthy” mean to the average American? And how can 70% of Americans be eating healthy when, according to Health.gov, “About three-fourths of the population has an eating pattern that is low in vegetables, fruits, dairy, and oils,” and “more than two-thirds of all adults and nearly one-third of all children and youth in the United States are either overweight or obese.”

Daily lunchtime spending may be more telling than people’s perceptions of their eating habits. Nearly a third of the TSheets survey-takers (29%) said they spend between $3 and $5 per day on lunch, while 19% claimed to pay less than $3 a day. While it is possible to make a meal stretch with leftovers that total less than $3 per serving, it’s no secret that healthy eating comes at a price.

In 2013, the Harvard School of Public Health found eating healthier cost around $1.50 per day. That’s on top of what a typical American meal costs. Think fresh versus canned fruits or whole wheat versus white bread. Add in relatively new qualifiers like “organic,” “pasture-raised,” “hormone-free,” “non-GMO,” or the hundred others that raise costs, and truly “healthy” eating might be beyond the average American’s budget.

Everyone needs time to decompress, particularly halfway through a tough shift. Yet few individuals use their employee lunch breaks to their fullest. Instead, they occupy their minds with whatever’s on the screen in front of them. In 2018, Nutrisystem, a weight-loss products and services provider, found a third of Americans couldn’t sit through a meal without being on their phone.

But smartphones, for all their perks, have been directly tied to increased stress, anxiety, and depression. So much so that a study published in the U.S. National Library of Medicine called

the correlation between smartphone addiction and depression “alarming.”

When asked what they might do with a longer lunch, however, most American workers weren’t any more likely to shut down distractions. Nearly a third (29%) said they’d use the additional time to run errands, 18% would exercise, and 14% would go shopping. On the flip side, 34% said they’d love to go home on their lunch break, and 18% said they’d take up that enviable afternoon siesta.

The importance of prioritizing afternoon breaks

Most American workers (55%) are satisfied with the lunch they have, while 31% wish their lunch could be longer.

If they don’t take a break, it’s typically because they feel they have too much to get done. Just 7% said they skip lunches to impress the boss, while 4% said they feel peer-pressured not to take a break.

Regardless of how long a break may be, what’s on the menu, or even how time is spent, the proof is in the data: Simply taking a lunch break can increase employee productivity and performance. In other words, a well-rested worker is a happy worker.

63% of U.S. respondents said they were more productive when they took a lunch break, while 58% said they return refreshed and perform better if they leave work during their lunch break. So what’s an employer to do with those who continue to skip lunches and work while they eat?

The answer is likely nothing. Bosses might try to incentivize workers to take their whole break and effectively zen out by paying them to take a break. Healthy, brain-boosting snacks might also help pad an otherwise unhealthy employee lunch break. But in truth, the quality of one’s midday break is largely up to the employee. And until every employee takes ownership of their time and stress, Americans will continue to feel like the most overworked workers in the developed world.