What’s on a pay stub? Everything you need to know to pay an employee 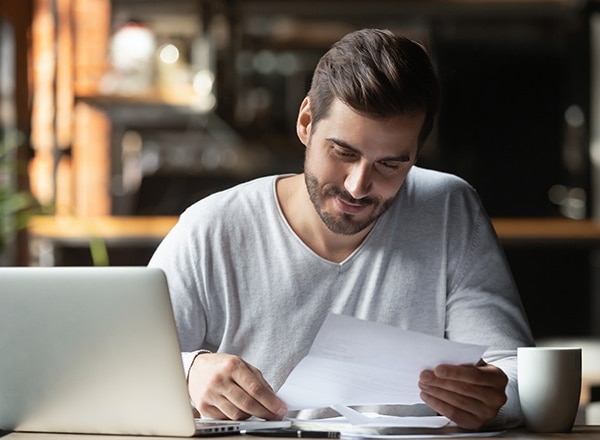 Pay stubs are written pay statements that show each employee’s paycheck details for each pay period. Pay stubs are also called paycheck stubs, wage statements, or payslips. If your business provides physical paychecks, typically, the pay stub is attached or included with the check. If your business uses direct deposit, employees may have to access their pay stubs via an online portal.

Why are pay stubs important?

Pay stubs are important for a number of reasons: visibility, accountability, and payroll compliance, to name a few. Employees should be able to see the kinds of withholdings and deductions their employers take out of their gross pay. And having it all laid out on the page can help employees and employers avoid unnecessary confusion or confrontation.

Legally, no federal law requires employers to provide pay stubs. But many states have requirements specific to pay stubs.

Some states, like Georgia and Florida, don’t require employers to provide pay stubs. In those states, it’s the employer’s right to decide if they should issue pay stubs. But even among states that require pay stubs, there are discrepancies in the details. You’ll want to review your state’s laws to make sure your business is compliant with issuing pay stubs.

What information is on a pay stub?

Pay stubs vary depending on state employment laws and industry requirements. For instance, New York requires food service businesses to include a breakdown of tips and wages earned on each pay stub. If the employer provides a uniform or meals, those must also be included as “allowances” or “credits.”

Here are other common items you might expect to see on a pay stub:

Gross wages are the full amount an employer pays before deductions. This pay often includes more than the employee’s regular wages. Overtime pay and additional income, such as paid time off, bonuses, and payroll advances, are also included under gross wages.

Deductions are cash amounts taken out of the employee’s gross wages. They include taxes, contributions, and even allowances like meals.

Taxes are often listed as deductions on employee pay stubs. Most commonly, they include FICA taxes that go toward Medicare and Social Security, and federal and state income tax withholdings. Tax amounts tied to the employee’s Form W-4 might be changed at the employee’s request, especially if they’ve indicated additional withholdings. The IRS sets the FICA tax rate.

Contributions will vary depending on the benefit opportunities offered by the employer. For instance, an employee might request that a small percentage of their paycheck be put toward an employee stock purchase plan (ESPP). They might make contributions to a pension or have a small sum taken out of each paycheck as a nonprofit donation.

Net pay is the amount left over after deductions have been taken out of the employee’s gross pay. Net pay is often called take-home pay. It’s the amount the employee receives when they are paid, either by direct deposit or a paper check.

Depending on the size of the deductions, an employee’s net pay may be significantly lower than their gross pay. On the employee’s pay stub, net pay is recorded both for the pay period and cumulatively for the year.

If your business is small and doesn’t offer many benefits, your employees’ pay stubs are going to look pretty simple. Here’s what a simple pay stub might look like:

The more benefits you offer and the more opportunities employees have to invest their pay, the more complex the pay stub looks. Here’s an example that includes additional deductions:

How long should you keep pay stubs?

If your employment tax records are kept in another place, you would still want to hold on to pay stubs and payroll records for at least three years. That’s according to both the Fair Labor Standards Act (FLSA) and the Age Discrimination in Employment Act (ADEA). Employers must also keep at least two years of records showing wage rates, job evaluations, seniority and merit systems, and collective bargaining agreements. These would explain the basis for paying different wages to employees of opposite sexes in the same establishment.

Finally, the Equal Employment Opportunity Commission (EEOC) also requires employers to retain all personnel and employment records for one year. Employers must keep records one year past an employee’s termination date if that employee was let go involuntarily.

All of the information you’re required to keep may go beyond what’s included in an employee’s pay stub. Still, it’s good to have a record of each payroll period and paycheck, should that information be called into question.

Do you have to give your employees a pay stub?

In most states—41 to be exact—the answer is yes. You need to give your employees their pay stubs. While there is no federal law requiring employers to provide pay stubs, only nine states have left the matter unresolved. The other 41 have requirements that include how to distribute pay stubs and who gets to decide—always the employee.

Why do employees need pay stubs?

There are several reasons an employee might need pay stubs. So it’s a good idea to provide them, even if your state does not require it. Here are some examples:

According to the state rules listed previously, the first best practice is to ensure employees can access their pay stubs. In most cases, that means printing out a paper copy, though you may be able to provide them electronically through your payroll portal.

As for what should be included on a pay stub, here are a few items to make your pay stubs as robust as possible:

Finally, consider removing any barriers an employee might encounter when trying to retrieve a pay stub. Moments that require employee pay stubs—like applying for a loan or filling out a rental application—can be stressful. As an employer, you can reduce that stress by making it easy for employees to access necessary documents.

This article currently has 11 ratings with an average of 3.5 stars