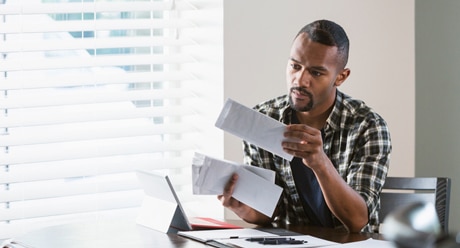 Typical payroll check stubs include five key withholding categories, from income tax to disability insurance. Where do all these deductions end up? Which ones are employers responsible for? The Intuit Small Business Blog asked Michael J. Borenstein, a Los Angeles-based Certified Public Accountant, to give us the low-down in laypeople’s terms.

ISBB: What payroll taxes get taken out of an employee’s salary?

Borenstein: Various payroll taxes are withheld from an employee’s wages. The rates for Social Security taxes and Medicare taxes in 2011 are 4.2 percent and 1.45 percent, respectively. These taxes are used to pay for the federal programs: They are credited to the Social Security and Medicare trust funds, and the employee is credited with having paid into both.

Next is federal income tax, which is deposited into the U.S. Treasury general fund when the employer pays the withholding to the IRS. Employees are credited with the amount withheld against their federal income-tax liability when they file Form 1040.

If applicable, state income tax is treated the same as federal income tax, but the withholding is paid to the state rather than the federal treasury.

Finally, at least here in California, state disability insurance tax is withheld and paid into a fund that employees can draw upon if an injury prevents them from being able to work. The amounts of these taxes are reported to the employee on Form W-2.

What are federal payroll taxes?

In addition to the payroll taxes outlined above, there are also federal payroll taxes paid by the employer. Both Social Security and Medicare taxes are matched by the employer; however, federal unemployment insurance is an employer expense, generally at a rate of 0.8 percent on the first $7,000 of annual wages paid to each employee.

How are federal and state withholding taxes levied?

Federal and state withholding taxes are levied by the U.S. and most state governments based on the employee’s salary or wages. Both the IRS and state income-tax agencies publish annual tables that are used to determine the amount to be withheld from each payroll check by the gross wages, filing status (single, married, etc.), number of withholding allowances (exemptions) and frequency of payment (weekly, biweekly etc.).

What is the income threshold for paying Social Security tax?

How are Social Security taxes similar to self-employment taxes?

Social Security taxes are paid not only by employees, but also by self-employed people. For a self-employed person, it’s called self-employment tax. The rate of tax is equal to the rate withheld by employers plus the employer’s matching rate, which is the same for Medicare taxes.

For more information about payroll taxes, contact the IRS or your accountant.

This article currently has 7 ratings with an average of 1.1 stars