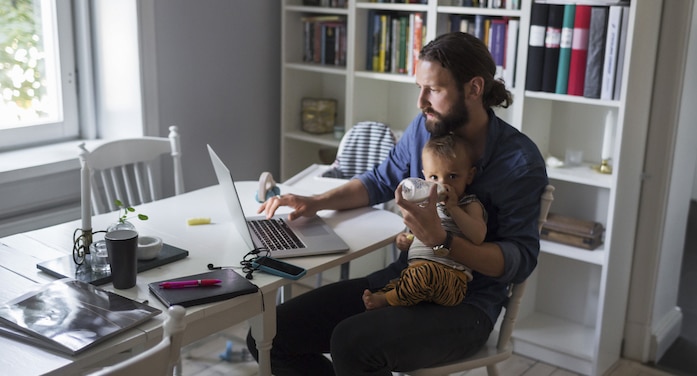 Believe it or not, 43% of employees would like to change jobs within the next two years, according to a recent survey by QuickBooks Payroll. Think about that. If you have 10 people on your team, four of them might be moving on some time within the next 24 months.

If you know anything about the cost of employee turnover, you know how expensive it is to replace competent people—around $15,000, according to the Work Institute’s 2017 report. Multiply that by four, and suddenly you’re looking at a $60,000 loss over a very short amount of time.

But say you chose to take that $60,000 and spend it another way. Rather than trying to play catch-up, you could invest in getting ahead now and inspire your employees to stick around.

What kinds of incentives would you have to offer to tempt them to stay? Here are nine employee-coveted benefits you’ll want to add to the list.

Remember those 10 hypothetical employees? Survey data shows one of them is likely to quit in the hopes of finding a more flexible work schedule. And chances are good they’ll find it!

According to the 2017 Employee Benefits Report by the Society for Human Resources Management (SHRM), 57% of organizations across the U.S. now offer flextime, “allowing employees to choose their work hours within limits established by the employer.” What’s more, 2 out of 5 companies said offering more flexible work arrangements has been one of their most effective recruiting strategies.

Whether you plan to allow employees to set their own schedules, clock in and out during a specific but larger work window, or do something even more creative, consider implementing a flexible schedule and reap the rewards of a happy, more productive team.

According to survey results, 65% of employees don’t feel their pay has kept up with the cost of living. As a result, some may feel forced to find work elsewhere, simply to afford basic amenities.

Employers looking to stay competitive should consider an annual 1.5-3% raise, depending on where employees live, to help workers keep up with the cost of living. Doing so may make a difference on multiple levels, including reducing stress and increasing morale.

When asked why they might want to change jobs in the next 1-2 years, 13% of workers in the QuickBooks survey said they’d do it to reduce their stress levels.

Being able to balance the budget and not live paycheck to paycheck is one way workers can decrease their stress, but that starts with making enough to cover their basic cost of living.

Chances are pretty good you already offer performance-based raises. But do you have an annual system in place, so employees know when to expect a discussion around salary?

The truth is 41% of workers do not feel comfortable asking for a raise, and among women, that number is even higher. But shyness doesn’t have anything to do with competence, and expecting workers to “sell themselves” and be the best at their jobs isn’t necessarily smart management.

Instead, make a point to evaluate employee performance once a year, and come to the table with your best number in mind. Not only will you already know what’s manageable for your company’s budget, but many employees will rest comfortably, knowing they’re already appreciated for the good work they do.

According to survey respondents, just 7% of employees currently get discretionary bonuses, despite the fact 66% want them.

A discretionary bonus, for anyone a little fuzzy on the terminology, is an unexpected bonus. If it were expected and anticipated, it would be a nondiscretionary bonus and would have to be included in an employee’s regular rate of pay and overtime calculations.

Discretionary bonuses are easy and kind of fun to give and receive. Imagine this: You come to work one day to find an employee has taken it upon themselves to organize the disaster zone that is the employee break room.

No one asked them to do it, and they weren’t expecting a reward, but you want to thank them for a job well-done, so you give them $100. Suddenly, they’re feeling appreciated and noticed—two factors that might go into their decision to stick around for a while.

5. Present awards or prizes for recognition

This is similar to those discretionary bonuses but might be more practical for small businesses working with a smaller budget. On this one, it might help to think about the TV classic, “The Office.”

Even if you’ve never watched an episode, you’ve likely heard of the Dundies—the employee awards Michael Scott gives out. They’re little trophies for things like whitest sneakers and being the best mom.

Your Dundie awards don’t have to be quite that random, but asking employees to weigh in and cast their vote for certain titles in the office is one way to make sure people feel acknowledged by their peers.

And if you’re really excited by the prospect, you can even get Office-inspired Dundie awards via Amazon.

This is another popular benefit, and one a lot of employers are implementing more often. According to that SHRM report, 3 out of 5 employers now offer telecommuting options. While just 23% were open to employees telecommuting full-time, 59% said they allow employees to work from home on an ad-hoc basis, meaning employees don’t have to get permission or approval.

And that could be the most alluring part of the arrangement. Besides the fact workers feel more productive when they’re not being interrupted by sick or chatty co-workers, most employees truly appreciate autonomy and trust. Having to get a manager’s approval every time they want to complete a task from the couch as opposed to the office can cause people to feel micromanaged or less empowered.

7. Keep up on healthcare and dental coverage

It’s no secret that health insurance is expensive, and healthcare with additional benefits like dental and vision care are even more so. Yet 45% of employees said they could never work somewhere that did not offer benefits, and when asked what kind of benefit they’d appreciate most, by far, the most popular response was healthcare.

But while many companies are required by law to offer employees medical coverage, choosing to provide dental and vision on top of that is purely elective. Most employees would likely prefer to have both, but if you had to choose, it might help to know that while 39% of employees said vision care was important to them, 48% said the same about dental.

Today, the average working American retires at 63 and lives to around age 79. According to a study by Fidelity Insurance, retired couples will need an average $280,000 saved up, just to cover their medical expenses during retirement. And that doesn’t begin to cover typical living expenses like rent or car insurance or groceries.

QuickBooks Payroll also ran a survey, largely looking at the American payday and what employees are choosing to do with their money. According to survey findings, just 19% of employees feel like they’re saving enough for retirement. Additionally, 64% said they are not contributing to a 401(k).

Helping employees save up for retirement, either through a matching 401(k) or some other system may not sound especially glamorous, but the truth is in the data: This is one employee benefit you can’t afford to skip.

If your paid time off system is more or less a week or two of PTO, to be used for everything from sick time to vacation time, you might be doing your company’s name a disservice. Most employees see a difference, and many prefer a distinction between vacation time and sick time. When asked what benefits were important to them, 46% said “sick leave,” while 34% said PTO.

What’s unclear here is whether or not employees expect their additional sick days to be paid. It’s possible some might simply be ok with taking some unpaid time off, provided they still have a job to come back to when the flu is gone.

Whatever the answer, the main takeaway is this: Employees want sick time. They also want vacation time. If you want to give your pay and benefits package a little extra shine, consider offering both. When employees hear they’re allowed to take a week or two for vacation, plus accrue additional PTO specifically for sick days, they’re sure to thank you for keeping their health—and free time—in mind.

This article currently has 4 ratings with an average of 2.0 stars