How Does the New Tax Reform Affect Small Business? 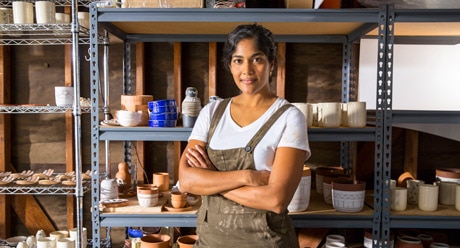 While there are plenty of partisan opinions regarding the Tax Cuts and Jobs Act, the tax reform, which was signed into law before the end of 2017, you might find yourself asking the same questions as many small business owners.

How does this tax reform affect my business? My employees? Me?

To help clear up the confusion, we’ll dive into some specifics about the tax reform that were signed into law, as well as address a few topics that remain at the rumor stage.

Shortly after President Trump signed the tax bill into law, he gave a speech outlining the goals and key elements of the bill. Trump claimed that the tax reform will keep businesses in America, attract new businesses to America, incent businesses to better compensate employees, and enable employees to keep a greater portion of their paychecks. The key elements that the President expects to achieve these goals include:

Supporters of the tax reform have touted the corporate tax cut, which has gotten the most attention in the news.

Indeed, the corporate tax rate has been lowered from 35% to 21%, for companies taxed as C-Corporations.

If you are taxed as a C-Corporation, this 14% drop could have a major impact on your bottom line. If your company enjoys this tax cut, you will end up with more money to invest back into your business and employees, or to distribute to your shareholders.

If you are taxed as a partnership, S-Corporation, or sole proprietor, your business is not taxed directly. Instead, taxes are passed-through to shareholders and owners. The 14% corporation tax cut does not apply to businesses subject to pass-through taxation.

As discussed, you may be eligible for a 20% deduction on your business income. Whether you enjoy the full 20%, or something less than 20%, a new deduction for your take home business income is nice.

There was considerable press and debate regarding the new tax brackets. However, much of the debate regarding whether the new brackets would negatively impact the middle class was based on the originally proposed brackets which would have consolidated the overall number of tax brackets from seven to four. The bill signed into law includes seven tax brackets, slightly adjusted in both income range and tax rate.

To see side by side changes from 2017 to 2018, and where you land in the new brackets, check out the charts below:

In 2018, the personal exemption has been eliminated, but the standard deduction has been increased to $12,000 for single filers and $24,000 for joint filers.

If you have operated your business through sweeping legislative changes (e.g. Sarbanes-Oxley, Dodd-Frank, Obamacare, etc.) before, you know that new legislation means new costs.

Specific to the tax bill, the research and process change of most interest relates to withholding tax in payroll.

In early January, the IRS released the 2018 Withholding Tables. The IRS is giving employers until February 15, 2018 to start using the new tables. The new tables reflect changes to the tax brackets, standard deduction, and elimination of personal exemption.

With the new tables, you may need to get updated W-4s from your employees. However, as of the writing of this article, the IRS has not published its 2018 W-4, and you should continue to use the 2017 version.

With the new withholding tables, employee paychecks are going to change. This leads to a second expense you might run into with the new tax bill…

With change, comes errors. Errors on employee paychecks could be the single greatest source of contention between you and your employees. The IRS is already encouraging employees across industries to revisit their W-4s and double check their paychecks for accuracy. Researching, discussing, and remedying paycheck errors is all but certain as the new tax bill starts taking effect.

A final expense to consider revolves around employee expectations. Many businesses across the US have announced raises and bonuses directly attributed to the tax bill. For example, Walmart announced $1,000 bonuses for many eligible employees and raised its minimum wage to $11 per hour.

Other US-based businesses acting upon the tax bill include Bank of America, AT&T, Wells Fargo, Boeing, and NBC. Perhaps the tax changes will enable you to take similar action as these business juggernauts; perhaps not. Either way, your employees are seeing these grandiose announcements in the media, and managing their expectations will take effort, and expense.

Other Impacts Tax Reform Might Have on Your Business

As with any front page legislation, rumors about the impact of the tax bill include highly speculative claims from both sides of the aisle. As the tax bill begins to play its way out in the real world, it’s important to understand what remains conjecture.

First, healthcare costs have been mentioned over and over again in the media. It is true, the individual mandate to procure healthcare was removed in the tax bill. However, the only immediate effect this will have is the removal of the Obamacare-induced penalty for not having healthcare. Obamacare advocates have suggested that this will lead to millions of Americans dropping their health insurance, which will lead to premium spikes for those who continue to carry health insurance. While this may seem like a logical conclusion, whether or not millions will actually drop their coverage, and whether such dropping will lead to premium spikes are both guesses at this point.

Second, some have overplayed the potential impact of the payroll withholding confusion. Some news outlets have reported that the American Payroll Association (APA) drafted a panicked letter to congress stating that APA members (roughly 17 million American employers) regarding the withholding issues that would take effect quickly after passing legislation.

As mentioned, there is no doubt that the tax bill will cause some disruption to payroll. However, rest assured, payroll withholding is not the end of the story when it comes to paying your taxes in the ordinary course. W-4s, and other withholding taxes have always been a guessing game. The goal of payroll withholding is to estimate employees’ taxes that will become due tax day of the following year. In turn, the estimated taxes are withheld from each paycheck throughout the year. If it takes payroll and tax departments an entire year to get it right, there is always the true-up process that occurs tax season of every year. As mentioned, mistakes are inevitable, but mistakes aren’t the end of the world.

On the other side of the aisle, some have boasted of the historical impact of the December 2017 tax reform. First, “tax reform” is probably too strong of language. The tax system remains fully in place (e.g. seven tax brackets with redrawn lines, and a change to the standard deduction). The tax bill was not an overhaul to the ever-evolving US tax law labyrinth. Second, most of the changes that directly affect paychecks and tax bills are scheduled to expire in a few years. Accordingly, before accepting sweeping claims of the tax bill’s groundbreaking benefits, make sure to understand the limited nature of the changes. The tax bill is more of a tax tweak, than tax reform.

Of the President’s stated goals, there is no doubt that most employees will see large paychecks starting in February. However, whether or not the tax bill will prompt business to come to America, or stay in America, is yet to be seen. While some of the country’s largest employers have been quick to issue raises, the tax bill does not ensure that you, as a small business owner, will have such a luxury. The first step to take as a small business owner is to ensure you are complying with the new IRS policies (i.e. withholding tables, and W-4s soon to come). Next, make sure to understand the exact impact the tax bill will have on your bottom line. Once you have a grasp on the bill’s true effects, then you can consider whether you have the ability to bump pay, hire more people, or invest in new resources.