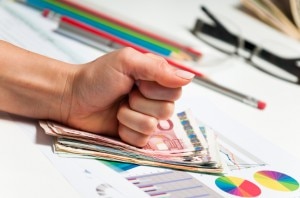 Today’s business word of the day is “nexus” (pronounced nek-səs, plural nexuses). According to the American Heritage English Dictionary, the definition of nexus is a connection or link. The term could also refer to a connected group or a connected series. It stems from the past participle of the Latin word “nectere,” which means, “to tie.” Related words from the thesaurus include “connection,” “link,” and “network.”

So what are the means of connection from a business perspective? The primary usage example of “nexus” is as a legal term that refers to the obligation for companies doing business in a state to collect and pay tax on sales in that state. For example, if you sell goods or services in Los Angeles, you must file and pay California state taxes. Taxing jurisdictions, such as states, cities, counties, and districts cannot impose sales taxes until they establish nexus.

It sounds relatively simple, but it’s anything but. Before the arrival of e-commerce, physical presence in a state was a reasonably straightforward nexus standard. But the rise of online retail sales has prompted states to find new ways to collect sales taxes from companies that conduct business virtually.

Take Amazon, for instance. Amazon now pays sales tax in 45 states, plus Washington, D.C., The only reason it doesn’t pay tax in the other five states is that these states don’t have a state level sales tax. However, Amazon does not have a physical presence in all of these states. Amazon must pay sales tax because of nexus. This is the result of a recent Supreme Court ruling, which we’ll dive into below.

In this article, we’ll cover the nexus definition from a tax perspective, and we’ll detail how nexuses impact small business owners.

What is a sales tax nexus?

More recently, as we will see, the other way states attempt to determine nexus is by establishing economic connections. This is a bit more subjective, although states have made efforts to define it in recent years. For instance, economic nexus is created if a business makes a certain amount of sales in a particular state. Some states measure this figure in the overall dollar amount of the transactions, while others determine it based on the number of transactions that occurred.

A history of sales tax nexuses

The U.S. Supreme Court heldin National Bellas Hess v. Department of Revenue (1967)and Quill Corp. v. North Dakota (1992) that states may not collect taxes on sales in a state from retailers that do not have a physical presence in the state.

According to the Journal of Accountancy, some states began replacing the traditional approach to nexus with one of “economic nexus,” which emphasizes financial dealings in a state above physical presence, to get around this.

For example, New York asserted that Amazon created a nexus in the state via its affiliates or NY-based online retailers that received commissions from Amazon when shoppers click through to Amazon from their websites. Other states followed suit with similar laws. These laws were known as “click-through nexus” laws.

This all changed and became much less murky in 2018 with the Supreme Court’s ruling in South Dakota v. Wayfair. This Supreme Court ruling upheld a law that overturned Quill and enabled states to charge sales tax to out-of-state sellers, even if the company does not have a physical presence in that state.

The repercussions of this ruling is still coming. State and local tax manager Sonya Daniels told Accounting Today, “The sales tax landscape has changed quite a bit this year with Wayfair, and that’s going to affect the sales tax holidays as well. You’ve got a lot of companies out there that had to register, and a lot of marketplace facilitators that have to handle sales tax on behalf of people that sell on their sites that are having to register.”

While the Supreme Court’s ruling has caused companies to change their accounting practices and register with the states they sell in, it will realistically make things much easier moving forward. Going forward, if you sell any goods — whether it be in store or online — there’s a strong chance that you’re going to need to collect sales tax.

This will still be the case even if you make tax-exempt sales. Each state has its own criteria for what constitutes a tax-exempt sale. Criteria can be based on the type of property sold, how the buyer will use the property, or the identity of the buyer.

A good example of a common tax-exempt sale is one made to the federal government. Even in these scenarios, you’ll need to file a tax-exempt form in the state where you conducted the sale, assuming you met its requirements for a sales-tax nexus.

What about those businesses who sell services instead of goods? That answer likely also depends on which state you’re operating in. The state of Texas, for instance, began applying sales taxes to services like data processing, insurance, and credit reporting. Your best bet is to check with each state to further clarify their nexus stipulations.

Determining if you have a sales tax nexus

If you suspect that you have a sales tax nexus in a state in which you’ve conducted business, you should contact that state’s taxing authority. Nexus rules can vary from state to state.

If you do have nexus in a state, you’ll owe sales tax at the end of the tax period. You should collect these funds from the buyers in that state. Before charging the customer, you must calculate both state and local taxes.

If your company operates in multiple states — and mainly if you operate online — lookout for changes in state tax laws that may affect you.

Regularly review the state tax profile to make sure you’re filing salestax returns everywhere you’re required to do so. Pay special attention if you have inventory going through Amazon fulfillment centers in a given state.

The Journal of Accountancy advises that if you have nexus in a state for sales tax, your nexus may not apply to income tax. Income-tax nexuses often require a more intense level of business dealings in a state.

Remember that income taxes are those that you pay to federal and state governments. The taxes that you owe are a percentage of the total income that you or your business earns. You typically file these returns annually each spring. Your company is responsible for paying these taxes.

Whereas the burden of paying income tax falls to businesses, the burden of paying sales taxes passes through to the customer. Businesses are merely “middle men” who are responsible for collecting these funds from customers and passing them on to the respective state agency.

This stipulation is known as a “notice and reporting” requirement. This requirement mandates that you inform the customer of the onus to pay a “use tax” on the transaction. A use tax is a type of tax that is applied not where the buyer purchased the good, but instead where they used it.

Registering for nexuses past and present

You may want to utilize the services of a professional accountant to help determine future nexuses.You must register with a respective state before you can begin collecting sales tax.

However, the registration fees can add up, especially for small business owners. Accountants can help you better determine where your business needs to register for sales tax.

Perhaps If you’re worried about potentially owing back taxes because you failed to register, one of the best things that you can do is have a tax professional conduct a nexus study. Nexus studies can reveal the date by which your company should have registered.

If you did not register by this date, a nexus study could also help determine what your current tax exposure is and what you can do to limit past liabilities. So long as you’re forthcoming about your failure to apply for a nexus, you will likely need only to repay the taxes owed with a small percentage added on. In an effort to get companies to register, some states also offer tax amnesty periods, during which you register and may be relieved of obligation for past liabilities.

If you own a business, sales tax nexus is something that you should be very much aware of. Business owners often don’t realize that nexus has been established in a state and that they owe sales tax. Using reliable accounting software can go a long way toward helping you maintain compliance and pay money that you owe.

Additionally, when opening your own business, there’s a good chance that you’ll stumble across financial terminology and be unsure of the meaning. Taking the time to research and understand various business terms within the English language could make you a more successful business owner. If you’re interested in starting your own company, be sure to check out our list of 24 accounting terms business owners should know.

This article currently has 3 ratings with an average of 3.7 stars

Chris Scott
Chris Scott is a digital marketing consultant and freelance writer. He enjoys writing about personal finance and saving. He graduated from the University of Maryland with a degree in Finance and currently resides in Boston, MA. Read more